“Ortega Assassin!”: Ticos and Nicas Shout In San Jose Against The Violence in Nicaragua 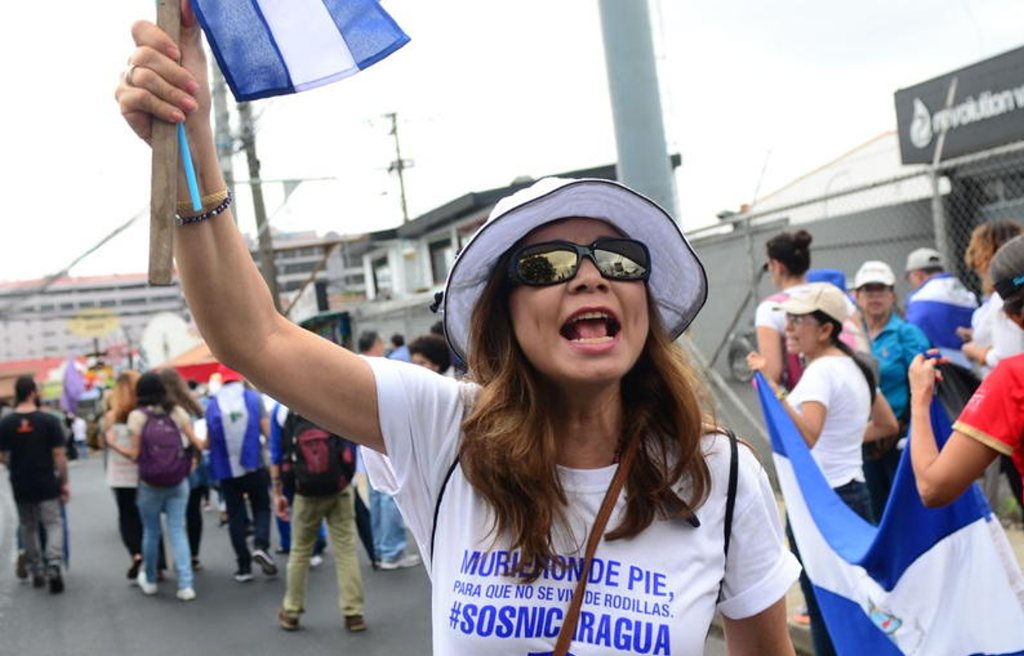 The national anthem of Nicaragua, “Nicaragua, Nicaragüita”, rang out and a minute of silence was observed in honor of the deceased in the area of the Nicaragua embassy, in Barrio California, in San Jose. 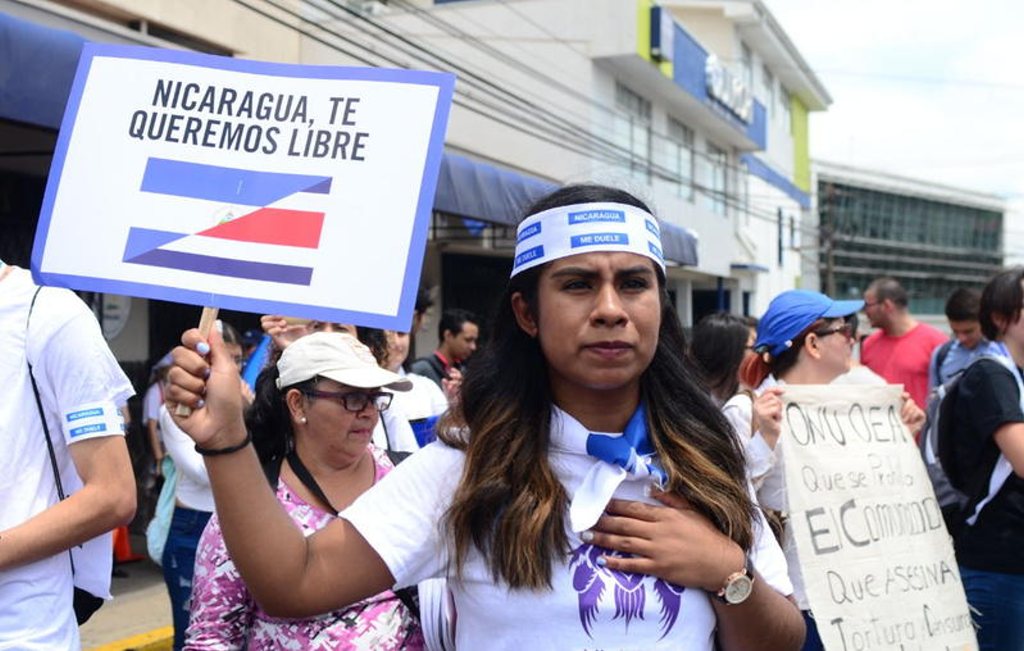 This was the final destination of the group of protesters against the Daniel Ortega government who walked from the University of Costa Rica (UCR) in San Pedro.

The walk started at 10:00 a.m. on the parapet of the UCR and ended at the Embassy, where they also asked the ambassador in Costa Rica to give a message to President Ortega.

“We want to tell the Nicaraguan ambassador to tell Daniel Ortega and La Chayo (Ortega’s wife and vice-president, Rosario Murillo) that they have to leave,” said political scientist Constantino Urcuyo, who participated in the activity.

Professors and internal groups of the UCR organized the event, which was attended by Costa Ricans and Nicaraguans. In the solidarity and peaceful march, a cease-fire was ordered for the violence that since April 18 has left some 139 dead according to the Nicaraguan Center for Human Rights.

Alejandra Guitierrez, one of the protesters, explained that her presence also represents a feeling of mourning shared with Nicaraguan mothers who have lost their children during the protests. The university students have been one of the main targets of repression since the people took to the streets in opposition to the reforms imposed by Ortega on Social Security.

In a recent report of the Inter-American Commission on Human Rights (CIDH), “serious violations of human rights in Nicaragua have been evident since the crisis intensified.”

The internal crisis in Nicaragua also starting to affect the region.

Barricades located in the main cities of Nicaragua are impeding transportation. More than 6,000 trucks, with merchandise, are stuck in the country unable to get to and from borders.

On the Facebook page of Nicaragua’s 100% Noticias, a video of the San Jose march was posted, the commentator emphasizing how “in Costa Rica there is freedom to protest without repression, be it foreigners or nationals and how the police protect the protesters’.

- Advertisement -
Paying the bills
Previous articleLindora – Belen Bridge Closed Nightly To June 17
Next article“If the President Arrives At Mass, I Will No Give Him Communion”

Immigration will add 75 officials at airports to reduce waiting times