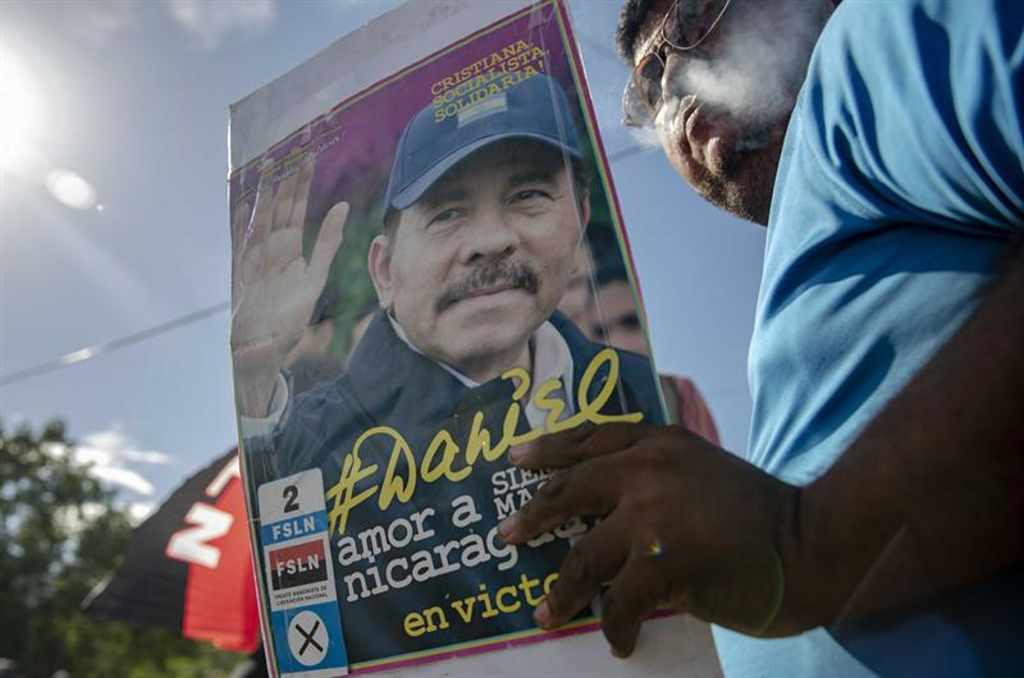 President Daniel Ortega accused the Nicaraguan opposition of trying to destroy the country’s economy with the protests against his government, which began on April 18 and have been repressed by his government, leaving more than 300 deaths confirmed by national and international organizations.

“They want to see Nicaragua destroyed because they believe that they will gain power in that way,” the president said Wednesday in a speech to the Sandinistas on the occasion of the 40th anniversary of the assault on the National Palace during the struggle against the Somoza dictatorship, overthrown in July 1979.

“They have taken the road to hell,” he added.

According to Ortega, his detractors promoted a “dark wave of destruction” since last April and are now asking the United States to apply economic sanctions against Nicaragua.

The president called “vende patrias, traidores, peleles, Judas” (selling off their homeland, traitors, wimps, Judas) and “sembradores de destrucción” (sowers of destruction) to those who have requested such sanctions.

He also blamed the “malvados” (evildoers), in allusion to opponents, for the budget cut of US$186.3 million dollars – 1.3% of GDP – which his government had to make due to the fall in tax collection and a lower influx of external resources.

The president called on his followers to “recover peace” to resume productivity, but also to be united and vigilant.

- Advertisement -
Paying the bills
Previous articleTurn Off Your Phone!
Next articleChristmas Has Arrived in Costa Rica!