In rare interview, Nicaragua president Danile Ortega, uses TV appearance to blame crisis on ‘terrible lies’, dodging responsibility for a wave of bloodshed that is widely blamed on his government and reconfirmed his refusal to bow to protesters’ demands that he step down. 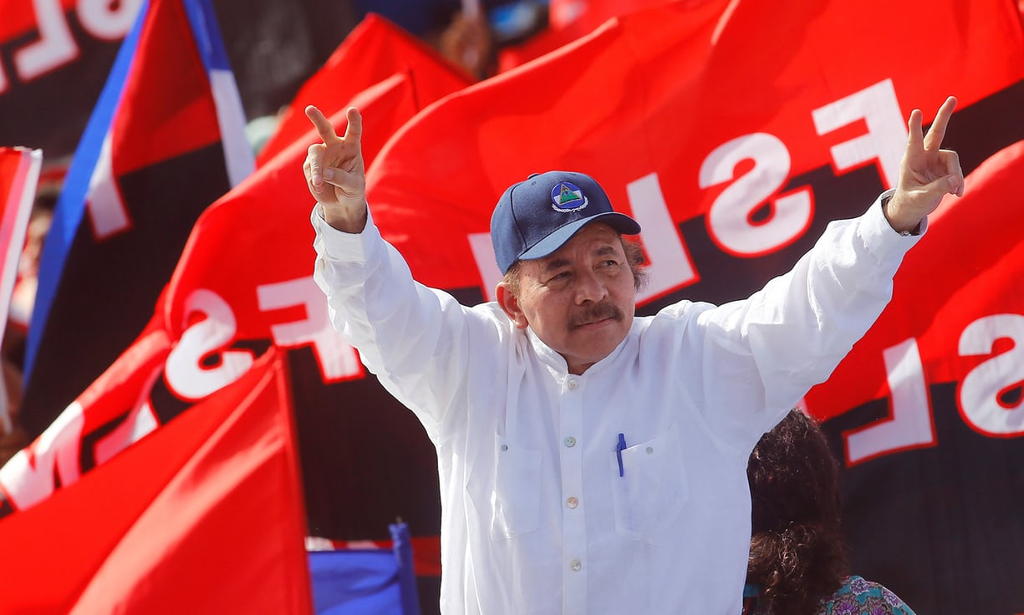 “Our electoral period ends with the elections of 2021, when we will have our next elections,” Ortega told Fox News.

The one-time Sandinista revolutionary hero and Nicaragua’s president since 2007, has been facing a nationwide revolt from protesters demanding an end to what they call his increasingly dictatorial 11-year rule that, according to human rights groups is responsible for more than 350 people have been killed since those protests erupted mid-April.

Ortega’s security forces or by masked gangs of paramilitaries with ties to his government are being held responsible for the bloodshed.

In the Monday night interview apparently designed to reduce international pressure on him, Ortega attempted to wash his hands of responsibility for the killings and to play down the scale of the uprising, claiming the situation in Nicaragua was returning to normal.

“It has been a week since the disturbances have stopped,” the 72-year-old said in a pre-recorded interview with Fox News.

During the interview Ortega distanced himself from the paramilitaries behind many of the attacks on demonstrators, claiming, improbably, that they were bankrolled by drug traffickers or political enemies rather than his own administration.

Ortega also denied, contrary to well-documented fact, that peaceful demonstrations had been targeted. “Not a single one of the peaceful protests was attacked.”

A comment on the YouTube post by Foxnews.com interviewer Bret Baier include, “He (Ortega) lives in a parallel universe. He doesn’t care anybody else but himself. Liarrrrr!!!!”; “Asesino narcotraficante tenés que pagar asesino …. Fuera de Nicaragua asesino”.

Ortega rejected calls for him to step down and said bringing elections forward to 2019 as proposed by the Episcopal Conference of Nicaragua and adoped by the Organization of American States (OAS) last week.

Asked about opposition claims he hoped to cling to power and build an Ortega dynasty akin to the Somoza dictatorship he famously helped topple in 1979, he said: “It never even occurred to me.” 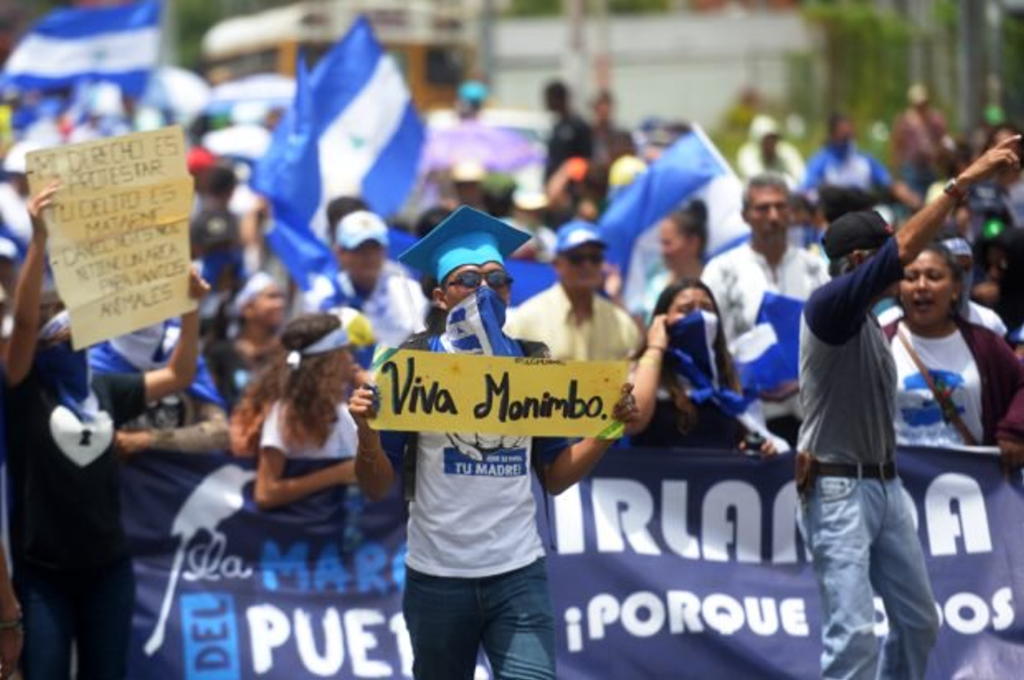 In the 2016 elections, his wife Rosario Murillo was on the presidential ticket for vice-president, giving her a legitimate position to take over from her ailing husband. Prior to that and since 2007 Murillo held the post of government spokesperson.

To many Nicaraguans, Murillo is the real power behind the Ortega administration.

“It never occurred to me to set up a dynasty,” Ortega said. “My wife, it’s the first time ever she’s been vice president.”

“It is a way for him to confuse people outside Nicaragua about what is going on,” Vivanco said, pointing to the “groundless and absurd theories” being peddled by Ortega’s government about who was to blame for the violence.

Ortega hoped to discredit protesters as foreign-backed coup mongers supported by the Catholic Church, Vivanco said. In reality Nicaragua’s president was trying to crush peaceful protests using “cruel and blatant brutality … It’s as simple as that.”

Yader Luna, a Nicaraguan journalist from Confidencial, said Ortega’s interviewer had “basically” asked the right questions. “But Ortega lied in every single one of his answers … He claimed they haven’t attacked priests when I have seen his turbas [paramilitaries] beating them before my very eyes … He denied attacks in which dozens of people were killed in broad daylight.

“His speech was the same as always,” Luna added, “albeit in a less confrontational tone because he didn’t want to come across as a villain on Fox.”

In the interview, Ortega denied that he controls paramilitary groups blamed for most of the killings. They are supported by his political opponents and foreign interests, though he did not specify the U.S. directly, as he has done in the past.

Ortega said he was speaking to Fox News after years of refusing interviews with foreign media because he wanted the United States to show Nicaragua “respect.”

“The history of our relations with the United States has been painful. I don’t want to repeat it,” he said, criticizing a resolution against Nicaragua that US lawmakers were reported to be preparing.

He also hit out at what he called “a campaign of lies, terrible lies to try to hurt the image of Nicaragua and of its government.”

Ortega Murillo forutne “injured” after devastating blows by US sanctions

TODAY NICARAGUA – In an escalation of their fight to silence...
Read more

QCOSTARICA - The realities of having bad credit. While the government of Panama got foreign investors to lend it US$1.25 billion in September at...
Read more
Lighter Side

It is expected that this Tuesday, October 27, Congress will approve the reduction in the 2021 Marchamo.
Dollar Exchange

QCOSTARICA - The dollar exchange rate against the colon fulfilled two weeks of stability this Monday, after several weeks of increases. The exchange closed this...
News

QCOSTARICA - The race is for a reduction of the property tax of the annual circulation permit, the Marchamo, to be approved into law...
Trends

Costa Rica Will Soon Be Back Open to U.S. Citizens

The outbreak of the novel virus COVID-19 has resulted in more than one million Americans applying for job seeker benefits. While some are scrambling...
HQ

Now your dog can accompany you to the bank

QCOSTARICA - BAC Credomatic adopted the “pet friendly” policy in Costa Rica, allowing customers to enter any of the bank's branches with their pet. "At...