Over 10,000 Honduras Police Officers to be Assessed by Commission 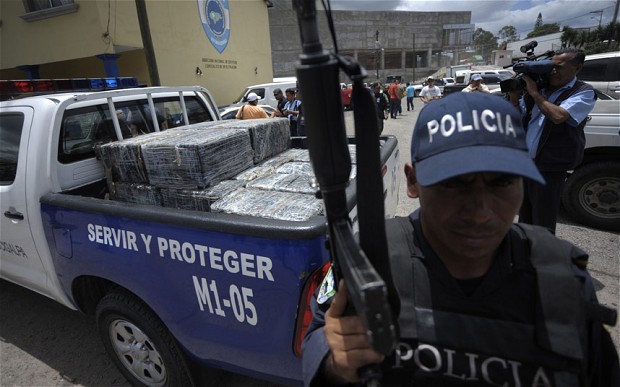 (Prensa Latina) At least 10,000 officers will be assessed in the coming days as part of a police clearance in Honduras, said the special commission in charge of the process.

According to the commission, the assessment of the officers from the basic level of the National Police, will be more complex and will take longer, so they encouraged people to present their complaints to define who is qualified and who is not.

With that purpose, the Honduran Government created a website (www.denunciapolicias.com) and an email address, along with a telephone number, 2213-1439, to receive complaints filed by citizens.

“Given that many of the police officer of basic level are scattered throughout the country, the complaints we receive from the population will be key to determine if those people continue or not”, said Omar Rivera, one of the three members of the Commission.

Rivera said that this new action in the investigation takes place after the conclusion of the restructuring of the police leadership, which left since April, 351 people suspended out of 790 senior officers assessed, including six generals.