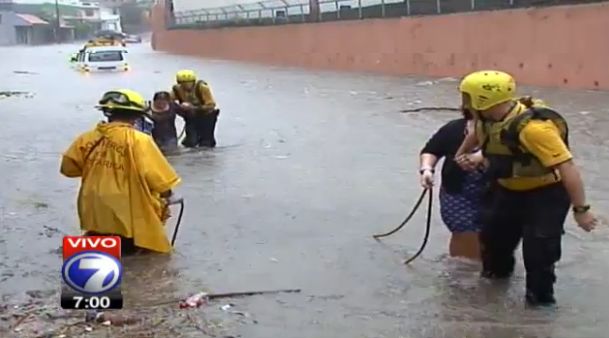 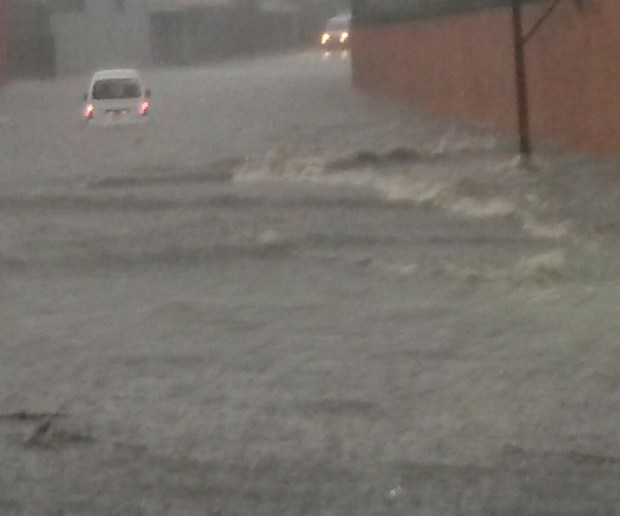 QCOSTARICA – An overflown drain in Guadalupe caught a driver by surprise, trapping her and her passenger Thursday afternoon, until Bomberos (firefighters) were able to rescue them. 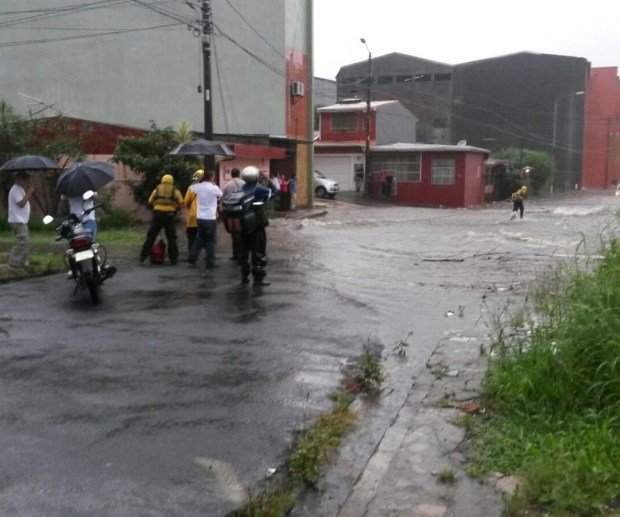 According to Luis Chaves, of the Bomberos de Costa Rica, the event occurred at around 4:30pm behind the Coca Cola bottling plant, just north of the Guadalupe mall.

The women, aged 40 and 45, were travelling in their car when the water from the overflowing creek caused the storm drains to back up, flooding the road over one metre (3 feet) high, trapping them in the car.

The women were safely pulled out from the vehicle (and the water) by the Bomberos; the Policia de Transito patrol tow truck pulled the car out.  Click here to watch the Telenoticias video report. 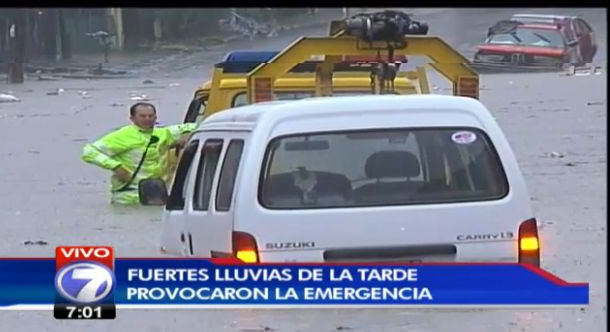 Area residents say this is typical in their neighbourhood during the rainy season, water reaching the road and getting in their homes, but yesterday’s was more than usual. They are calling on the municipality to make good on the long overdue promise to fix the problem. 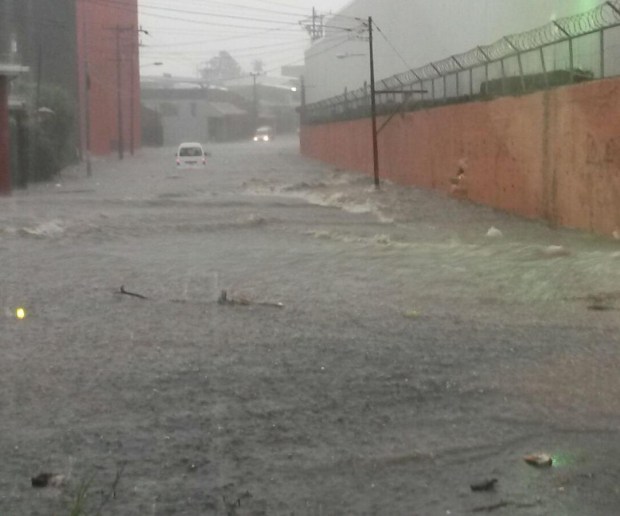 This is a reminder of the dangers of the rainy season in full swing. Rivers and creeks can easily overflow their banks during a heavy rainfall that is typical in the afternoons. Flash floods can happen anywhere.

Drivers and pedestrians must be aware of their surroundings and not to trust a puddle or pothole. It may be much deeper than expected. Or be a manhole with a missing cover.

Use the comments section to tell your experience(s) in the rainy season in Costa Rica.