Each year, the Palmares fiestas begin the second week of January

After Zapote, the next big entertainment venue on tap is “Palmares”, a carnival-style celebration that takes place this year between January 17 and 26, in the town of Palmares, between Alajuela and San Ramon. 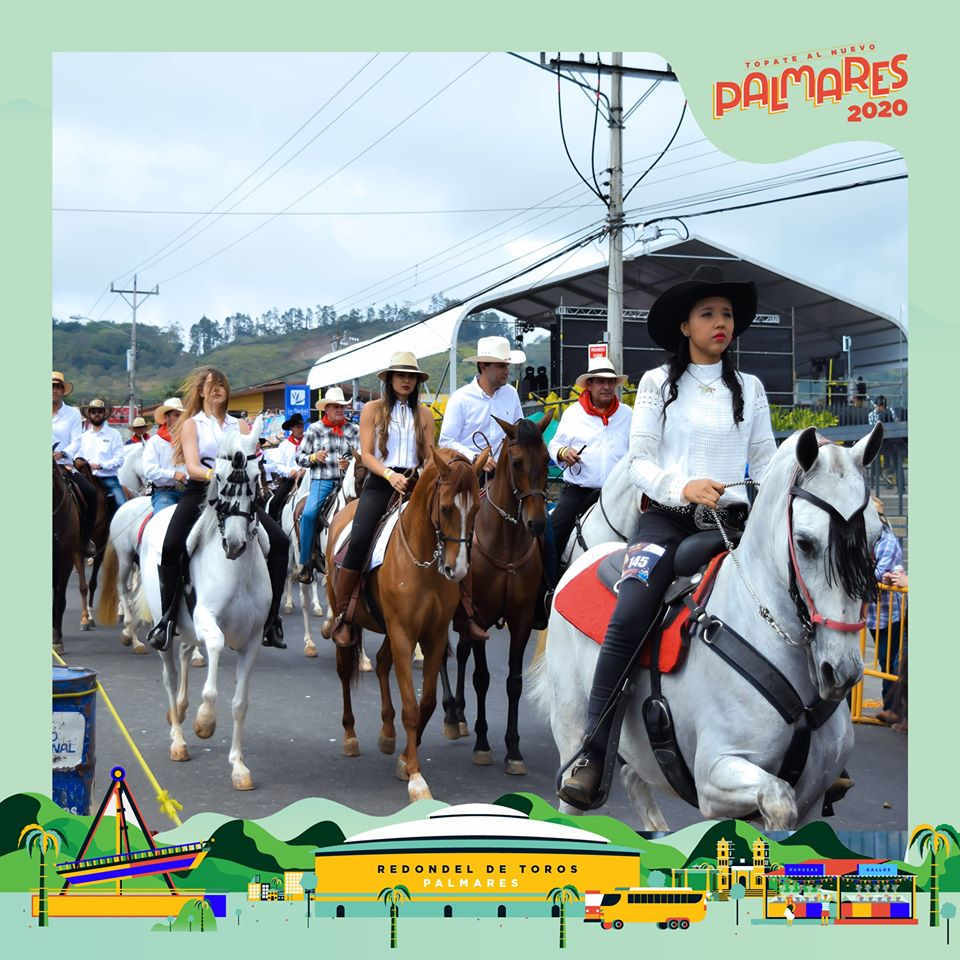 The event is free to attend – though some activities may require the purchase of tickets – and employs security to keep all the attendees safe.

The festival has a reputation for after-hours parties, held in tents that were constructed just for the event, where happy people spend the night drinking, dancing and having the time of their lives. The Palmares Fiestas is said to be second only to Oktoberfest in the amount of beer served; so you can imagine, a crowd full of both Ticos and international visitors, and bullfighting. 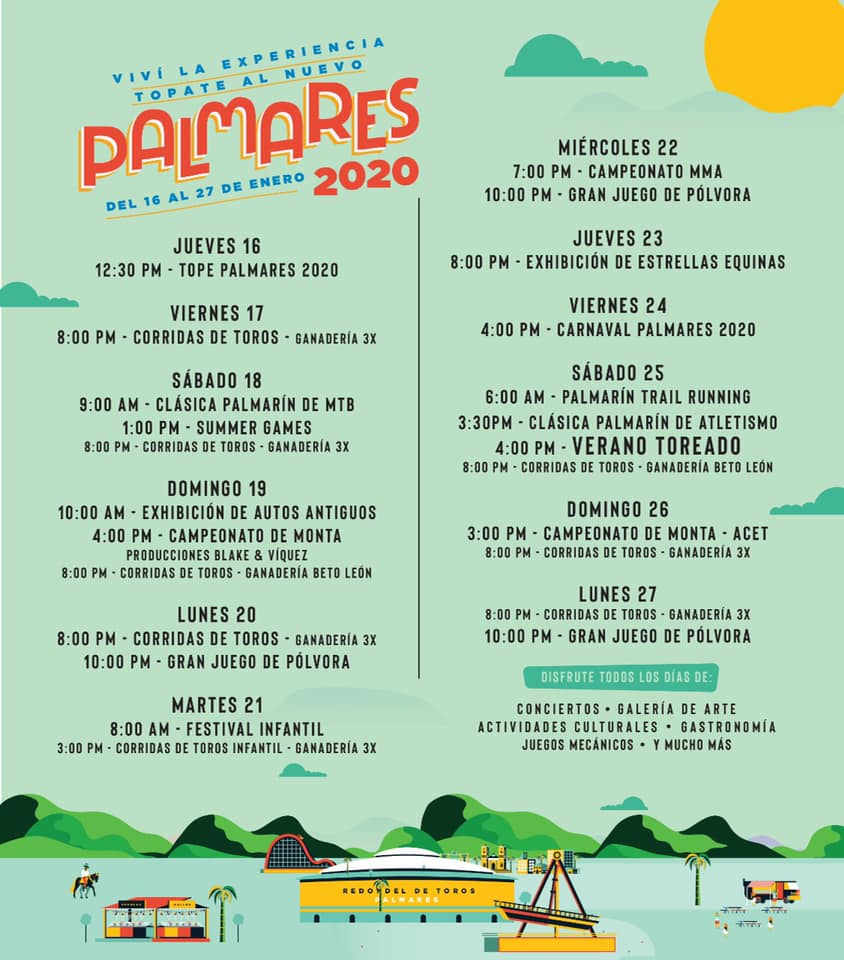 However, in the last couple of years after the organizing association, the Asociación Cívica Palmareña (ACP), took on a commitment to make the change to a more familiar concept, last year being host to som 400,000 people in the two weeks.

“We had the opportunity to gather the Costa Rican families with their children in the fair area even through midnight in a safe and healthy environment. The Fiestas de Palmares are now starting to be seen as a family activity”, commented Manuel Rojas, president of ACP.

Though the festival doesn’t officially start until the 17th, the day before, the 16th, is the traditional tope, where some 2,000 horses and their riders from all over the county will take part in the “Desfile de Encabezamiento”.

“For this 2020 we want to offer a completely renewed experience for all our guests. We will have entertainment and surprises for all ages. We extend the most cordial invitation to accompany us to enjoy the best parties at the beginning of the year, ” added the ACP President. 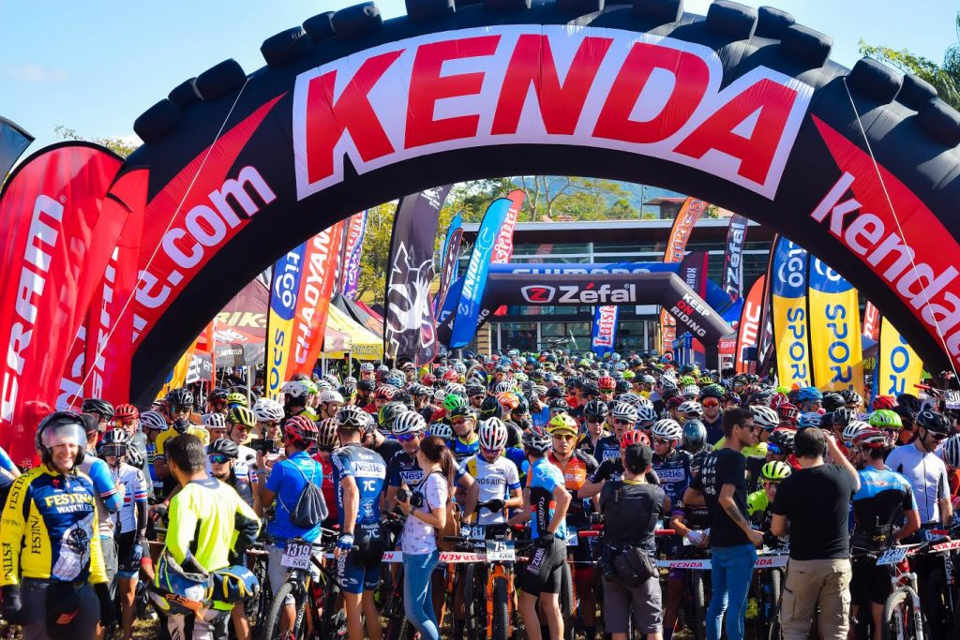 Rojas explained that they want to switch the focus from the international concerts to the fair and sporting events which this time will include “Summer Games” (CrossFit, Weightlifting and Strongman) as well as an MMA tournament.

There will also be more parking facilities.

QCOSTARICA - On Monday, the Organismo de Investigacion Judicial (OIJ) moved to the raid, seize and arrest of their investigation into corruption of public...
Rico's Digest