Panama IS NOT Part of Central America. Or Is It? 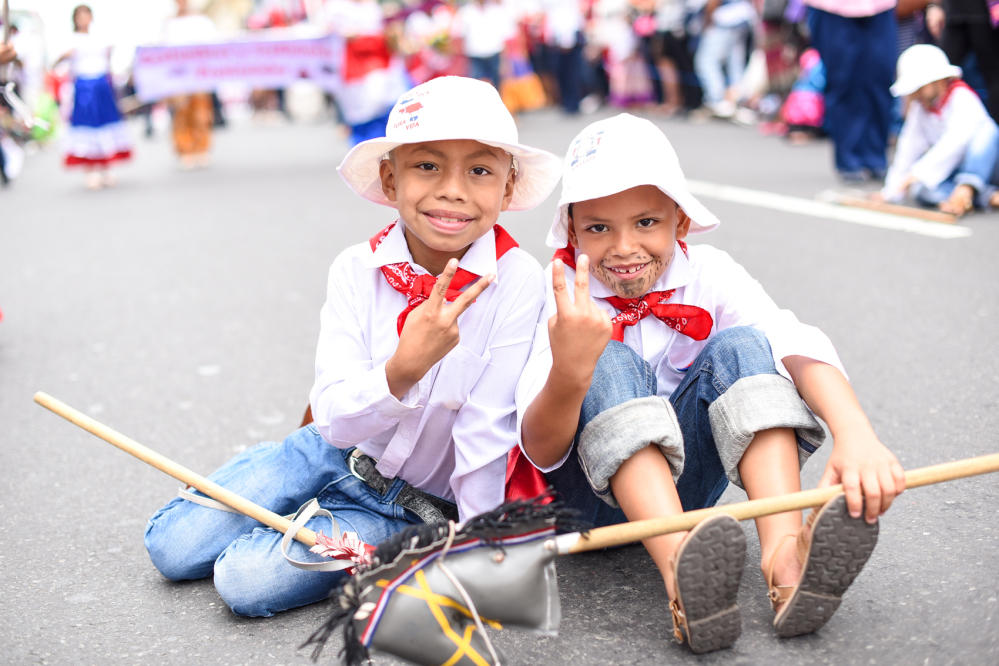 TICO BULL by Rico – Every so often the debate comes up, especially when getting together with Tico friends (yes, though difficult to believe, I do have one or two Tico friends), is Panama is part of Central America.

On the yes side, physically Panama is a geographical par of isthmus. Yet, on the side of the no, Panama is quite different from the rest of of Central America. Perhaps not for its present day people, but, for its past, its history as to how it go there.

This is where the discussion, sometimes heated (remember I am Italian and we can get pretty emotional about things, hands flying everywhere, voices raised).

My point in all this is that while every September 15 the Central American nations of Guatemala, El Salvador, Honduras, Nicaragua and Costa Rica celebrate their independence from Spain, Panama does not.

For the record, Panama celebrates is Independence, its separation from Colombia, on November 3rd.  From 1821 until 1903, Panama was part of Gran Colombia (a short-lived republic that also included modern-day Colombia, Venezuela, and Ecuador). However, Panama wanted independence from Gran Colombia.

My argument is that since Panama did not get its independence from Spain like the other countries in the isthmus, it cannot be considered part of Central America.

Although Panamanians share similarities with the rest of Central America, in many ways, it’s much like Canadians and Americans, same difference. But not the same.

And in this way, like Canada celebrates its independence (from Britain) on July 1 and Americans (United States, I don’t want to start that argument that my Tico friends will say “we are all Americans” from the north to south of the continent) celebrate on July 4, Central America does the same, September 15 and November 3.

If my argument hasn’t convinced you yet, here is the Bull of Panama’s route to independence. The following is mostly from Wikipedia, so how could not be exact.

In 1819, New Granada finally achieved freedom from Spain. Panama and the other regions of former New Granada were therefore technically free. Panama considered union with Peru or with Central America, federations that were emerging in the region. Finally Venezuela’s Simon Bolivar, who, after residing in Jacmel, Haiti, was given 2 armies to liberate South America, won the hear of Panama.

Bolivar’s ambitious project of a Gran Colombia (1819–1830) was taking shape. In 1821, Panama declared independence and joined the southern federation.

Simón Bolívar had hesitated to include Panama in his Gran Colombia Panama’s geographical obstacles and the unique qualities and its critical role in trade throughout history and under Spanish tutelage, thus while Panama was linked historically and culturally to South America, he also knew that the region was part of the Central American geography.

Nevertheless, in 1821, convinced that under Bolivar’s leadership the Panama’s destiny would move in the most progressive direction, it joined Venezuela and New Granada (present day Colombia). The Republic of Colombia (1819–1830) or ‘Gran Colombia’ as it was called after 1886, roughly corresponded in territory to the former colonial administrative district Viceroyalty of New Granada (1717–1819). Although Panama belonged to that Viceroyalty, its economic and political ties had been much closer to the Viceroyalty of Peru (1542–1821).

Panama separated from the Republic of Colombia In September 1830 under the guidance of General José Domingo Espinar. Following rebellions and other political bull important at the time, in early 1831 Panama rejoined what was left of the republic of Colombia, forming a territory slightly larger that present Panama and Colombia combined, adopting the name Republic of New Granada. The alliance lasted 70 years.

More bull that included religious conflicts and civil war, in March 1841 Panama took on the name of ‘Estado Libre del Istmo’, or the Free State of the Isthmus. More bull followed, in the end, the union (called United States of Colombia 1863–1886 and the Republic of Colombia since 1886) was made possible by the active participation of USA under the 1846 Bidlack Mallarino treaty until 1903, when, with the support of the U.S. government, Panama issues a declaration of independence from Colombia.

The revolution was engineered by a Panamanian faction backed by the Panama Canal Company, a French-U.S. corporation that hoped to connect the Atlantic and Pacific oceans with a waterway across the Isthmus of Panama.

On November 18, 1903 the United States Secretary of State John Hay and Philippe-Jean Bunau-Varilla signed the Hay–Bunau-Varilla Treaty. No Panamanians signed the treaty although Bunau-Varilla was present as the diplomatic representative of Panama (a role he had purchased through financial assistance to the rebels), despite the fact he had not lived in Panama for seventeen years before the incident, and he never returned.The treaty was later approved by the Panamanian government and the Senate of the United States. The ambassador of Colombia in Ecuador Emiliano Isaza was informed of the situation in Panama but did not inform his government to prevent a revolt in Bogotá. The government of Colombia then sent a diplomatic mission to Panama in an effort to make them reconsider by suggesting an approval by the senate of Colombia if they reconsidered the Hay–Herrán Treaty instead of the Hay–Bunau-Varilla Treaty and also proposed making Panama City the capital of Colombia.

Hey, what about Belize?

That’s a story for another article.