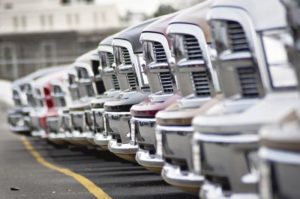 New car sales in Panama continue to plunge with a drop of 11.3 percent in the first quarter of the year, compared to 2017 which was the worst year for the industry in five years and could help explain why two major dealerships have been sold to foreign companies.

This year 12,617 units were sold compared to 14,230 in the same period of 2017, according to preliminary official statistics released Wednesday, May 9.

The sale of new cars collapsed by 14.7 percent in 2017, according to official data

Preliminary figures from the National Institute of Statistics and Census (INEC) show that in the first quarter of this year the worst fall, of 21.5 percent, was registered in the segment of regular automobiles – sedans, coupe, and vans- with a total of 4,548 units sold compared to 5,790 in the same period of 2017.

Market analysts believe that the generalized drop in sales of new cars has been due to the economic slowdown in Panama, which still remains one of the most dynamic countries in the region with a 5.4 Percent GDP in 2017.

QCOSTARICA - The press must have access to public...
National