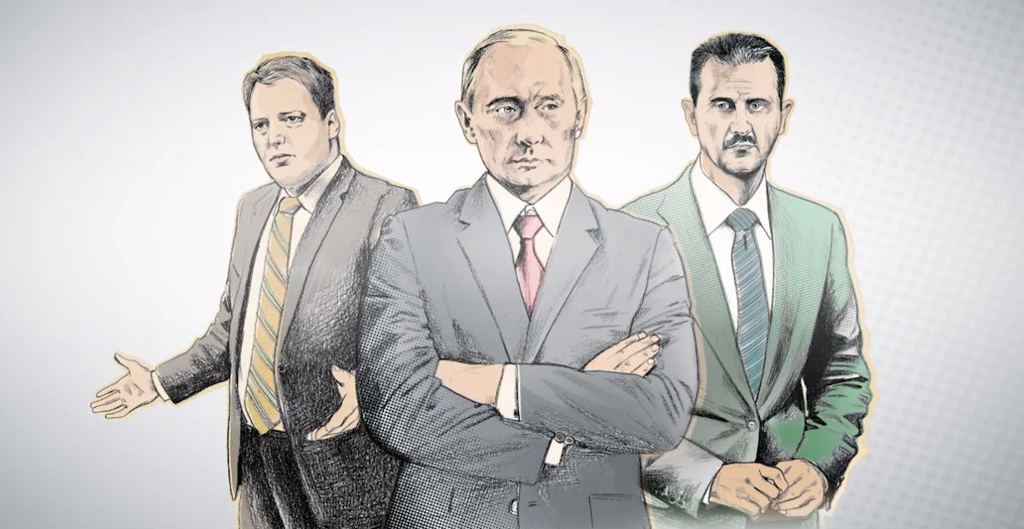 (Q24N) Over a year ago, an anonymous source contacted the Süddeutsche Zeitung (SZ) and submitted encrypted internal documents from Mossack Fonseca, a Panamanian law firm that sells anonymous offshore companies around the world. These shell companies enable their owners to cover up their business dealings, no matter how shady.

In the months that followed, the number of documents continued to grow far beyond the original leak. Ultimately, SZ acquired about 2.6 terabytes of data, making the leak the biggest that journalists had ever worked with. The source wanted neither financial compensation nor anything else in return, apart from a few security measures.

The data provides rare insights into a world that can only exist in the shadows. It proves how a global industry led by major banks, legal firms, and asset management companies secretly manages the estates of the world’s rich and famous: from politicians, Fifa officials, fraudsters and drug smugglers, to celebrities and professional athletes. 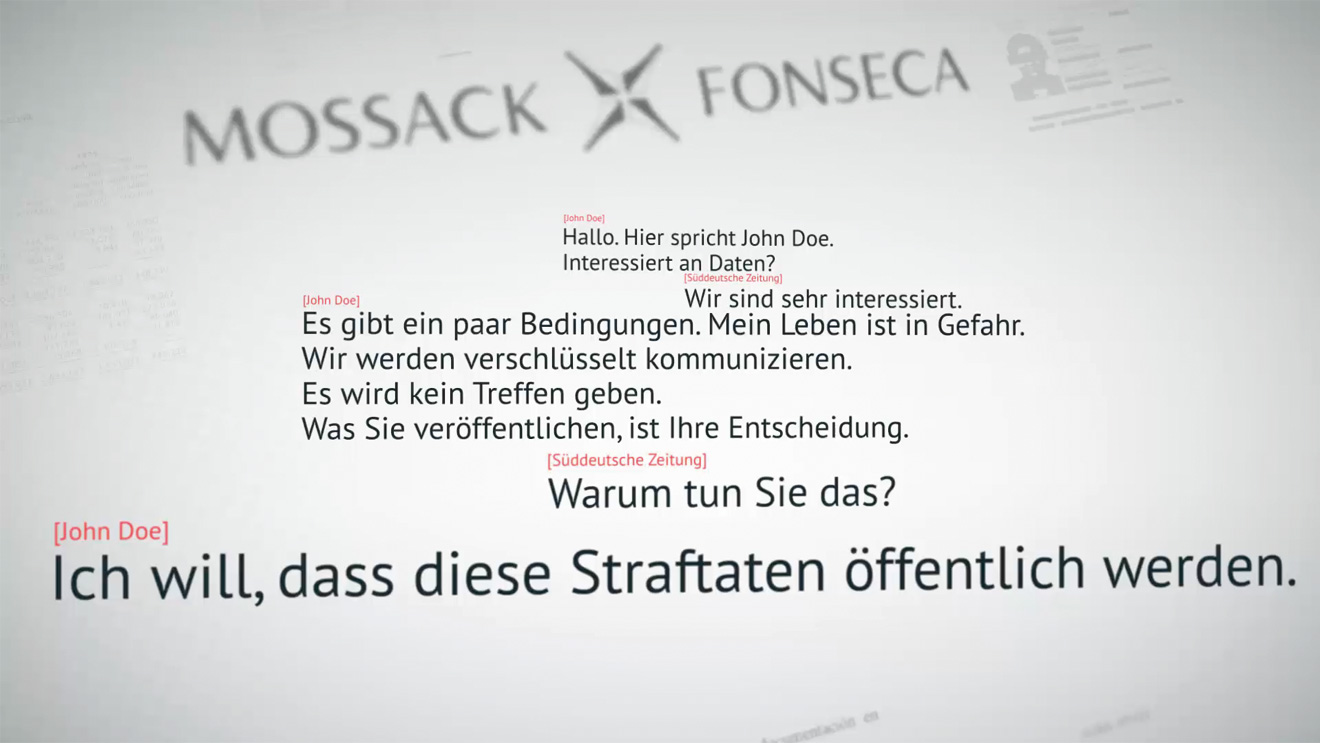 The Süddeutsche Zeitung decided to analyze the data in cooperation with the International Consortium of Investigative Journalists (ICIJ). ICIJ had already coordinated the research for past projects that SZ was also involved in, among them Offshore Leaks, Lux Leaks, and Swiss Leaks. Panama Papers is the biggest-ever international cooperation of its kind. In the past 12 months, around 400 journalists from more than 100 media organizations in over 80 countries have taken part in researching the documents. These have included teams from the Guardian and the BBC in England, Le Monde in France, and La Nación in Argentina. In Germany, SZ journalists have cooperated with their colleagues from two public broadcasters, NDR and WDR. Journalists from the Swiss Sonntagszeitung and the Austrian weekly Falter have also worked on the project, as have their colleagues at ORF, Austria’s national public broadcaster. The international team initially met in Washington, Munich, Lillehammer and London to map out the research approach.

The Panama Papers include approximately 11.5 million documents – more than the combined total of the Wikileaks Cablegate, Offshore Leaks, Lux Leaks, and Swiss Leaks. The data primarily comprises e-mails, pdf files, photo files, and excerpts of an internal Mossack Fonseca database. It covers a period spanning from the 1970s to the spring of 2016.

Moreover, the journalists crosschecked a large number of documents, including passport copies. About two years ago, a whistleblower had already sold internal Mossack Fonseca data to the German authorities, but the dataset was much older and smaller in scope: while it addressed a few hundred offshore companies, the Panama Papers provide data on some 214,000 companies. In the wake of the data purchase, last year investigators searched the homes and offices of about 100 people. The Commerzbank was also raided. As a consequence of their business dealings with Mossack Fonseca, Commerzbank, HSH Nordbank, and Hypovereinsbank agreed to pay fines of around 20 million euros, respectively. Since then, other countries have also acquired data from the initial smaller leak, among them the United States, the UK, and Iceland.

The leaked data is structured as follows: Mossack Fonseca created a folder for each shell firm. Each folder contains e-mails, contracts, transcripts, and scanned documents. In some instances, there are several thousand pages of documentation. First, the data had to be systematically indexed to make searching through this sea of information possible. To this end, the Süddeutsche Zeitung used Nuix, the same program that international investigators work with. Süddeutsche Zeitung and ICIJ uploaded millions of documents onto high-performance computers. They applied optical character recognition (OCR) to transform data into machine-readable and easy to search files. The process turned images – such as scanned IDs and signed contracts – into searchable text. This was an important step: it enabled journalists to comb through as large a portion of the leak as possible using a simple search mask similar to Google.

The journalists compiled lists of important politicians, international criminals, and well-known professional athletes, among others. The digital processing made it possible to then search the leak for the names on these lists. The “party donations scandal” list contained 130 names, and the UN sanctions list more than 600. In just a few minutes, the powerful search algorithm compared the lists with the 11.5 million documents.

For each name found, a detailed research process was initiated that posed the following questions: what is this person’s role in the network of companies? Where does the money come from? Where is it going? Is this structure legal?Generally speaking, owning an offshore company is not illegal in itself. In fact, establishing an offshore company can be seen as a logical step for a broad range of business transactions. However, a look through the Panama Papers very quickly reveals that concealing the identities of the true company owners was the primary aim in the vast majority of cases. From the outset, the journalists had their work cut out for them. The providers of offshore companies – among them banks, lawyers, and investment advisors – often keep their clients’ names secret and use proxies. In turn, the proxies’ tracks then lead to heads of state, important officials, and millionaires. Over the course of the international project, journalists cooperated with one another to investigate thousands of leads: they examined evidence, studied contracts, and spoke with experts.

Among others, Mossack Fonsecas’ clients include criminals and members of various Mafia groups. The documents also expose bribery scandals and corrupt heads of state and government. The alleged offshore companies of twelve current and former heads of state make up one of the most spectacular parts of the leak, as do the links to other leaders, and to their families, closest advisors, and friends. The Panamanian law firm also counts almost 200 other politicians from around the globe among its clients, including a number of ministers.

The company at the center of all these stories is Mossack Fonseca, a Panamanian provider of offshore companies with dozens of offices all over the world. It sells its shell firms in cities such as Zurich, London, and Hong Kong – in some instances at bargain prices. Clients can buy an anonymous company for as little as USD 1,000. However, at this price it is just an empty shell. For an extra fee, Mossack Fonseca provides a sham director and, if desired, conceals the company’s true shareholder. The result is an offshore company whose true purpose and ownership structure is indecipherable from the outside. Mossack Fonseca has founded, sold, and managed thousands of companies. The documents provide a detailed view of how Mossack Fonseca routinely accepts to engage in business activities that potentially violate sanctions, in addition to aiding and abetting tax evasion and money laundering.

Headquartered in Munich, Süddeutsche Zeitung (SZ) is one of Germany’s leading newspapers. SZ has a total readership of 4.4 million for its print and online media. Its investigative journalism team counts five people, three of which are members of the International Consortium of Investigative Journalists (ICIJ). The Süddeutsche Zeitung has won a number of prestigious awards for its research work. Its team has cooperated with other media organizations on a number of projects, including Offshore Leaks, Swiss Leaks, and Lux Leaks, which ICIJ coordinated. At the beginning of 2015, an anonymous source began sending the Süddeutsche Zeitung data from Mossack Fonseca, a provider of offshore companies. This marked the beginning of the Panama Papers project.

The Süddeutsche Zeitung, in cooperation with the International Consortium for Investigative Journalists, sent Mossfon several written requests for comment. In response Mossfon sent two general statements, which can be viewed here.