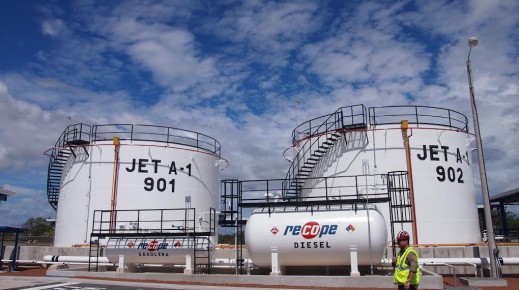 COSTA RICA NEWS — Costa Rica has the highest gasoline prices in the region. Part of the reasons is the high cost of operations of the state refinery, the Refinadora Costarricense de Petróleo (Recope), specifically the cost of employee benefits that is part of the collective agreement.

Examples of the benefits negotiated in 2012 by the Sindicato de Trabajadores Petroleros, Químicos y Afines (Sitrapequia) union are the payment of ¢39.322 colones to each employee who marries and workers entitled annually the same amount of money for the purchase of prescription lenses.

Asdded to that, the state agency must provide at least ¢6 million colones for the development of recreational, social, trade union, sports and cultural benefits for the workers and their families.

These are part of the bargained benefits denounced by Recope CEO, Sara Salazar, that will be part of the negotiations with the union during the coming days and weeks. The collective agreement expires at the end of this year.

Other benefits that Salazar is expected to put on the negotiating table are items sush as, for every two hours of overtime, workers are entitled to meals or the cash equivalent. If the overtime hours are in the morning, the employee is entitled to breakfast, if overtime runs into four hours, they are entitled to lunch/dinner.

Workers to who participate in a union training course, in the country or abroad, are entitled to leave with pay. If the course is in country, a maximum of 20 workers at a time can attend, with each worker allowed to participate up to six seminars a year.

Recope must also pay densitry for the workers and their families, that includes the cost treatments and transportation to and from the appointments.

“It is a right of parties to sit down and negotiate changes to the agreement,” explained Manuel Rodríguez, head of the Sitrapequia, who added that the union will wait for the list of grievances before making any comments public.

Rodríguez said that the union has not received any formal complaints, everything has been by the way of the press.

QCOSTARICA - After years of deterioration and antiquity, work...
Redaqted