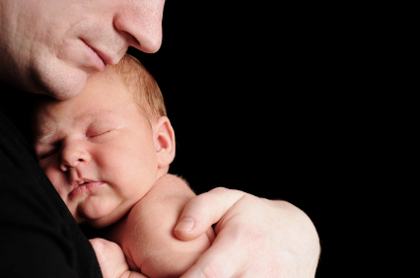 The Court, also known commonly as the Sala IV, said that all public officials are entitled to a paternity leave of eight days with pay, without discriminating if the child was born within or outside marriage.

That was thew word of the judges, after resolving an appeal presented a employee of the Área de Conservación La Amistad Pacífico del Sistema Nacional de Áreas de Conservación del MINAE, who had not been given the benefit.

Judge Fernando Cruz, the Court’s objective was to reassert parental rights and strengthen the concept of family.

Paternity Leave Around the World

In a perfect world, every country would provide significant employment benefits to new parents who want to bond with their child. Unfortunately, although some countries really step up and embrace how important it is to the child, parent and workplace to allow this time, other countries simply miss the mark.

Austria – between 1 and 3 years depending on chosen payment (percentage of last income for one year; ca. €436/month for three years)

Colombia – Law 755 (2002) appended a paragraph to Article 236 of the Labor Code to indicate that fathers have a leave of 4–8 days. (edward gonzalez-acosta, The New School)

Spain – 15 days: the day of birth and the next day. The rest, 13 days: anytime during the maternity leave of the mother. Up to 15 days of the mother’s leave can be taken by the father (if the father takes all 15 days, the mother only has 97 days to take off instead of the full 4 months (112 days)

United States – It takes a degree to figure out paternity leave in this country. There is no cut and dry answer. It depends on the length of employment, company size and number of employees. It also varies from one state to another.: 0 weeks (CA: 6 weeks 55%, NJ 6 weeks 66%, WA 5 weeks $250/week possibly starting 10/2015

QCOSTARICA - The increase in covid-19 cases and hospital...
Lighter Side