Q COSTA RICA – A train derailment on the San Jose – Pavas – Belen line Friday afternoon left six people pretty banged up, of which four were taken to the Trauma Hospital; the others refused medical attention.

The Apollo powered two car commuter train had left the Pacifico station in San Jose at 3:30pm, on its way to Belen, when 20 minutes later it derailed in the Maria Reina neighbourhood (before the Maseca factory crossing) in Pavas. 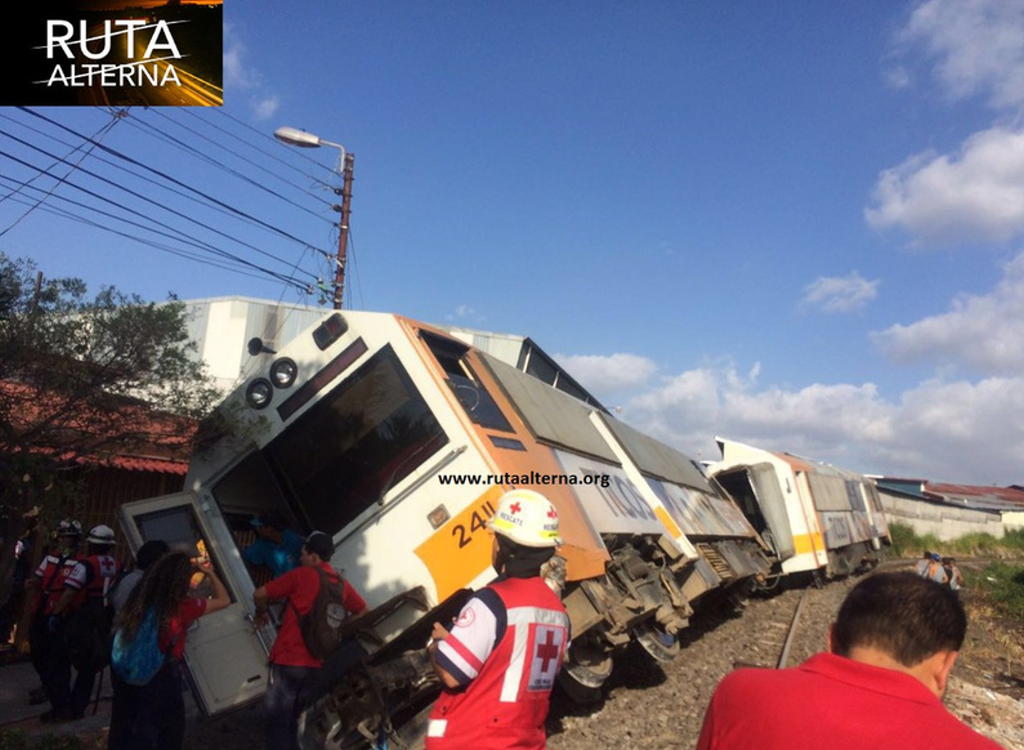 At the time of the derailment the train was carrying some 60 passengers.

One of the cars completely left the track. 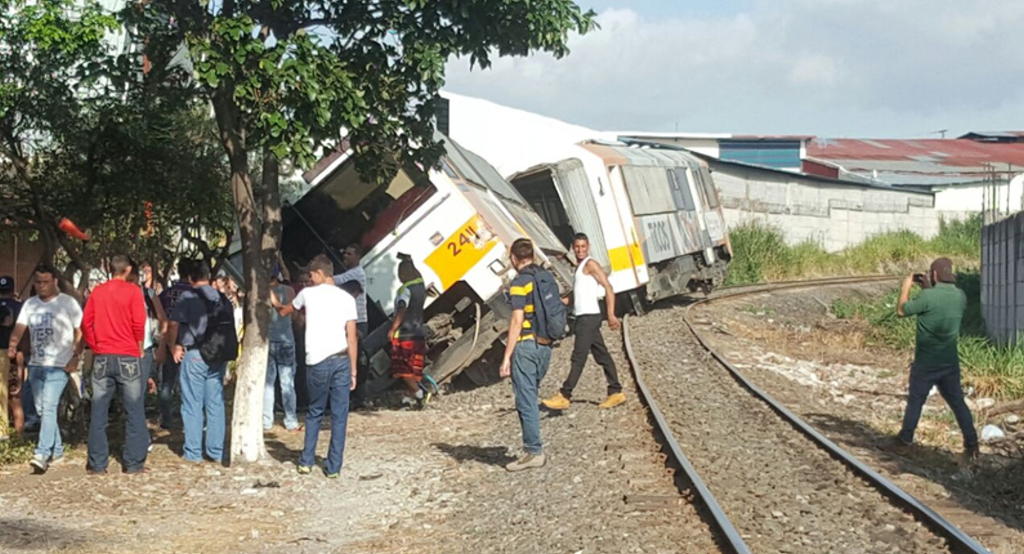 A resident of Maria Reina, Nury Chaves, said the Belen trains (five daily) move pretty fast on this section of track that includes a curve.

It was at the curee that Friday’s derailment occurred. Also this section of track that  runs adjacent to houses and factories, is littered with garbage and other debris, that neither the Incofer (the national railway) or the municipality take to the task of cleaning up.

“My house cimba montones (shakes a f***g lot). At this crossing many factory workers walk along the track. I have 50 years living here,” Chaves told La Nacion.

The Incofer suspended all train service on the San Jose – Belen tracks on Friday afternoon.

Friday’s derailment is the fourth this year so far. One of them, exactly a month ago, on March 7, also on the San Jose – Pavas line, a derailment occurred in front of the Mercado Mayoreo, in San Jose, when the train completely left the tracks.

Last year, almost to the day, on April 8, on this same track, not far from yesterday’s derailment, two Apollo powered trains were involved in a head-on collision, resulting in the injury of more than 100 people.

Besides the multiple accidents with vehicles, 58 and counting so far this year, a few weeks ago a man lost his life when hit by the train in Sabana Sur (also on the San Jose – Pavas line).

- Advertisement -
Paying the bills
Previous articleDrone Provides A Look Inside Turrialba’s Active Crater
Next articleWho Didn’t See This Coming?The Platina Bridge Will NOT Be Ready End Of April!