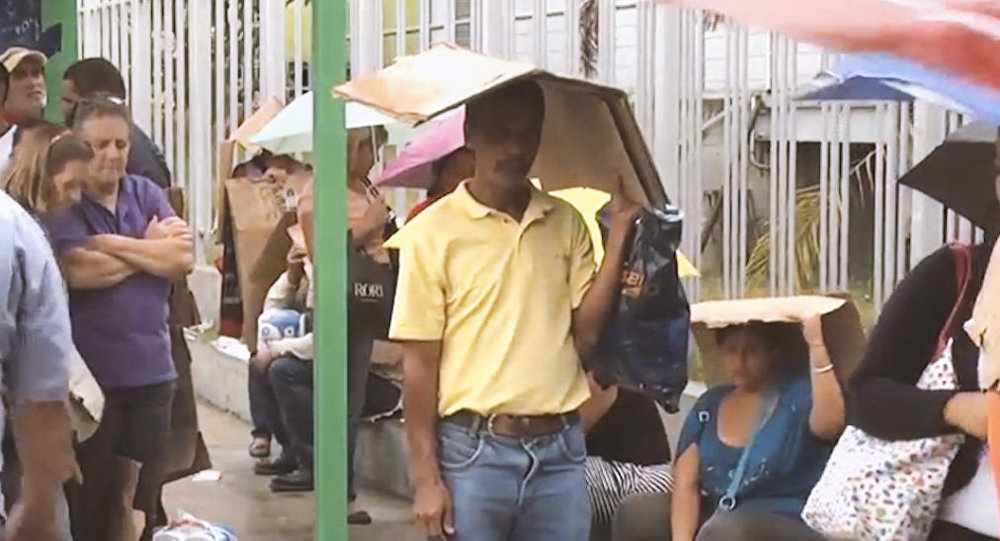 The Peruvian Authorities are reportedly going to start barring Venezuelan migrants from entering the country unless they have passports, the government sources familiar with the matter told Reuters on Thursday.

According to Reuters, the measure aims to curb a surge in immigration from economic crisis-hit Venezuela that has already driven hundreds of thousands of desperate migrants to Colombia, Peru, Ecuador, Chile and Brazil.

Shortages of food and medicine, exacerbated by hyperinflation, have reportedly forced more than a million Venezuelans to flee to neighboring nations such as Ecuador, Colombia and Peru in recent months.

“The Ecuadorian government is seriously concerned about humanitarian situation affecting thousands of Venezuelans who come to the country, to guarantee safety arrivals will be required to present passports to enter Ecuador,” Interior Minister Mauro Toscanini said in a statement quoted by the communications ministry.

Venezuelans have been able to cross into Ecuador and Peru with a national ID. Concerns were raised after thousands of Venezuelans started moved to Colombia, Brazil, Peru, Chile and Ecuador to escape conflict and poverty in their home country.

The oil production in Venezuela has declined in the past few months due to economic and political crisis, as well as the US sanctions, which resulted in government’s revenues’ drop and soaring inflation.

In May, US President Donald Trump signed an order prohibiting US citizens and legal bodies from making any transactions involving debts tied to the Venezuelan government debt as well as preventing Venezuelan officials from selling equity in any government-owned entity, including PDVSA, as part of its tightened sanctions on the country’s government. This step followed Maduro’s re-election, which the United States has criticized as unfair.

In turn, Venezuelan President Nicolas Maduro has refused most international aid, claiming outside powers are bent on removing his government from power.

“UNHCR [UN Refugee Agency] and the International Organization for Migration have launched regional appeals of $46 million and $32 million respectively to help governments and host communities with the response,” Dujarric said.

- Advertisement -
Paying the bills
Previous articleCosta Rican Olympic medalist Sylvia Poll highlights that she was a Nicaraguan immigrant and asks for solidarity with Costa Rica
Next article7.3 Earthquake Hits Venezuela; Caracas Being Evacuated

Q REPORTS - Russia is closing ranks with its allies in...
Read more