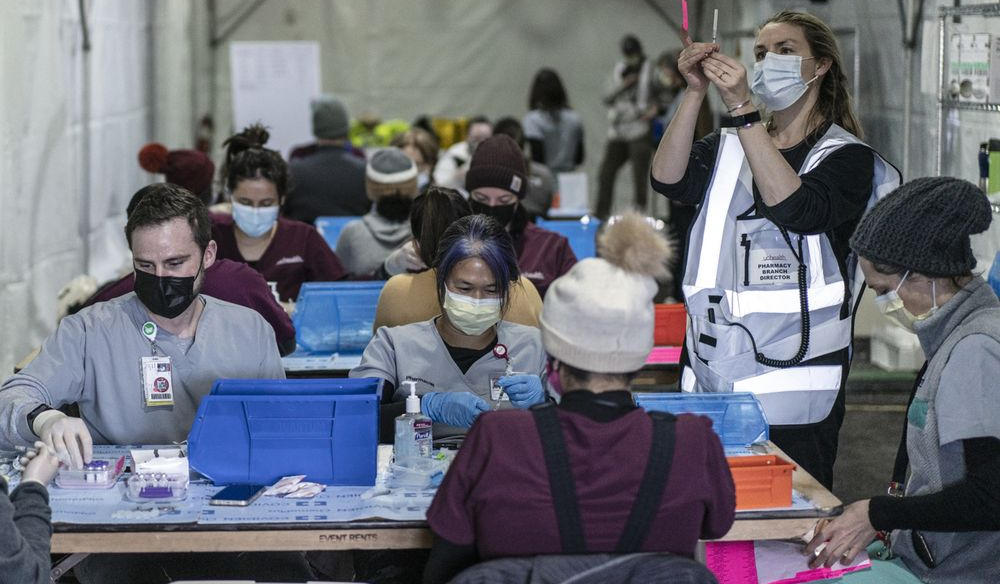 Q HEALTH – Pfizer said it has begun human safety testing of a new pill to treat the coronavirus that could be used at the first sign of illness.

If it succeeds in trials, the pill could be prescribed early in an infection to block viral replication before patients get very sick. The drug binds to an enzyme called a protease to keep the virus from replicating. Protease-inhibiting medicines have been successful in treating other types of viruses, include HIV and Hepatitis C.

“Given the way that SARS-CoV-2 is mutating and the continued global impact of Covid-19, it appears likely that it will be critical to have access to therapeutic options both now and beyond the pandemic,” said Mikael Dolsten, Pfizer’s Chief Scientific Officer, in a statement.

In an interview, Dolsten told Bloomberg, “no unexpected problems had been seen in the study so far and that it could generate results within weeks”.

The new protease inhibitor is the second such medicine Pfizer has brought into human trials to treat Covid-19. Pfizer is testing another given intravenously to hospitalized virus patients.

Easy-to-use treatments are lacking for early-stage Covid-19 patients. While antibody therapies from Eli Lilly & Co. and Regeneron Pharmaceuticals Inc. are authorized in the U.S. for Covid patients who haven’t yet been hospitalized but are at high risk of developing severe symptoms, they must be infused in the hospital or at a doctor’s office.

That has created logistical challenges that have limited their use. Other therapies are intended for sicker people: Gilead Sciences Inc.’s antiviral drug remdesivir must be infused over several days and is approved only for hospitalized patients.

Read more: Minister Salas assures that Costa Rica still does not plan to use remdesivir against COVID-19

Among major drugmakers, Merck & Co. has one of the few coronavirus pills that is far along in human testing. Its experimental antiviral drug molnupiravir works by a different mechanism than the Pfizer drug and is in late-stage human trials. Merck is developing its drug in collaboration with Ridgeback Biotherapeutics LP.
Combined Trial

If everything continues to go well, Pfizer could begin a much larger combined phase 2-phase 3 trial early in the second quarter, Dolsten said, potentially allowing it to apply for emergency-use authorization from the Food and Drug Administration by the end of this year, depending on how the pandemic evolves.

The drug is likely to be given twice a day for about five days, he said.

“This is really a potential game changer,” Dolsten said.

While initial efficacy testing will focus on people with early infections, Pfizer also plans to explore whether the drug works to protect healthy people who have been exposed to the coronavirus, such as family members or roommates who live with someone who got sick.

Dolsten said Pfizer’s oral protease inhibitor, code-named PF-07321332, had a number of potential advantages. In lab tests, it worked against many coronaviruses, including the original SARS virus and MERS. Additionally, the coronavirus protease doesn’t mutate much, which means the therapy is likely to work equally well against numerous variant strains, he said.

In theory, the protease inhibitor could also be combined with other antiviral drugs, such as the one Merck is developing, Dolsten said.

Pfizer said it plans to share more data on the compound at the American Chemical Society meeting on April 6.

- Advertisement -
Paying the bills
Previous articleTransitos save Uber driver from assailants
Next articleMexicans Are Pouring Back Into U.S. After Leaving Years Earlier

QCOSTARICA - Few, if any, businesses began this December...
News