Picking a fight with Canada is a bad idea 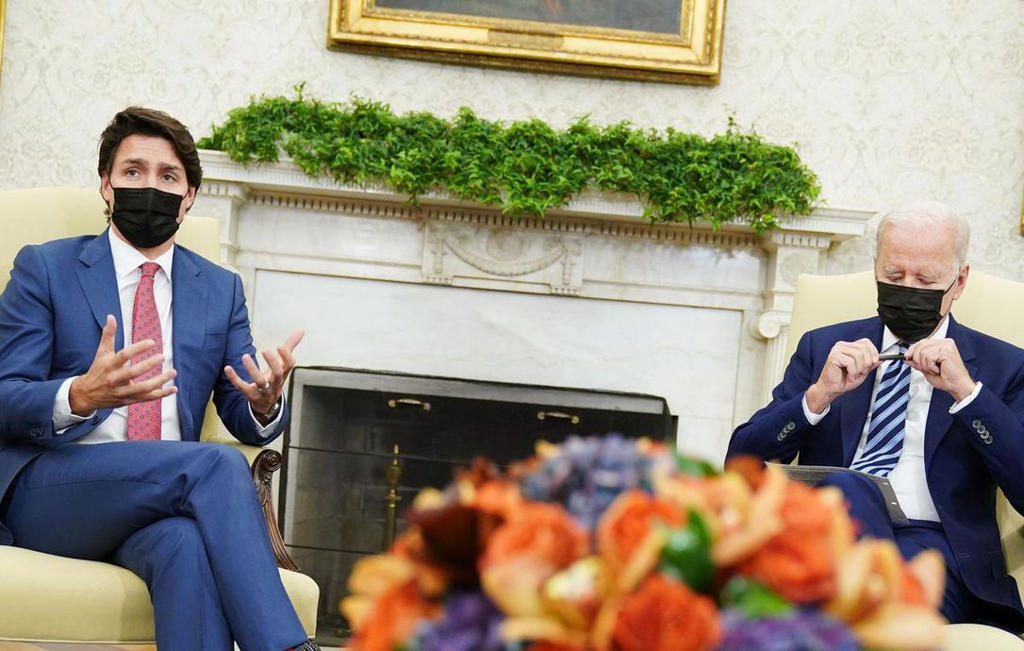 Q REPORTS (TheStar) Canadian Prime Minister Justin Trudeau is not happy about current trade tensions with the United States, but he says that President Joe Biden is still “one of the good guys” and Canada needs him to succeed.

During a long walk on the grounds of Rideau Hall on Monday afternoon, Trudeau talked about how he is dealing with the U.S. president who was supposed to be a better friend to Canada than Donald Trump was.

“Biden still is that president,” the prime minister insists.

“Biden has huge, huge domestic responsibilities that he’s trying to navigate,” Trudeau said. “He’s one of the good guys on climate change, on inclusion, on gender, on the things that we know are building blocks to safe, successful societies and democracies. He’s on the right side of things. So he needs to be successful.”

Trudeau says he has told Washington, however, that protectionism against Canada is not a winning political strategy.

“Picking a fight with Canada is not a path towards long term success,” he said, because it is “going in a direction that’s just not a constructive use of time or energy.”

The “huge” domestic issues to which Trudeau is referring revolve around Trump, and the real possibility that the former president is amassing the political strength on the Republican side to be a major problem for the Democrats in Congress and Biden’s entire presidency.

Trudeau wouldn’t get drawn into a discussion of the president who made Canada-U.S. relations so chaotic for his Liberal government and what Trump is now doing now to game the system for a possible return to the White House.

But just last week, Trudeau took part in a big “democracy summit” hosted by Biden, in which world leaders talked about how anxious populations can slide into autocratic rule when they want quick solutions.

The question they all grappled with at the summit, Trudeau said, was how to deliver for citizens, and offer them the reassurance they need in anxious times, while still keeping democracy, with all its complications, intact.

Trudeau was one of more than 100 leaders taking part in the summit, so he said that he didn’t get a chance to talk at any length during the gathering. The summit itself wasn’t supposed to achieve much on its own, but to serve instead as the kickoff to a year of sustained effort on the democratic front.

The prime minister said he spoke generally about the “building blocks of democracy” — respect for diversity, defending institutions of government and media freedom, and how to protect democratic values in the digital age.

“It was the kickoff to a year of work on democracy. We’ll check in again next year,” he said.

In the meantime, he has a larger, looming problem in what Biden is doing to reassure his anxious citizens at this very moment, including a measure to subsidize buyers of electric vehicles, as long as they’re assembled entirely in the United States. That measure has been called potentially ruinous to the Canadian auto industry, but Trudeau says it’s going to cause damage in the United States too. This is what he says he is telling the Americans.

“The challenge we have with the United States is they’re about to do something that is going to significantly hurt a lot of auto workers in the U.S.,” he said. “It’s going to undercut well-established systems and supply chains.”

Late last week, Deputy Prime Minister Chrystia Freeland and International Trade Minister Mary Ng sent a letter to U.S. legislators warning of retaliatory measures if the electronic vehicle subsidy goes ahead. It’s a hint of tougher talk to come, but Trudeau still seems to believe that a win-win is not out of the question in this spat.

“It’s about moving forward in a way that really emphasizes that it’s not a zero sum game, that we can both win,” he said.

Trudeau spoke to me for close to an hour as we circled the grounds of Rideau Hall (and I’ll be writing more about what he had to say through this week). The last time we did an interview, over the phone early in 2021, Biden was only weeks into his presidency and Trudeau was feeling optimistic about better times to come.

He maintains he is still optimistic, even if the latest news is pointing to a pandemic that won’t go away and the threat of another Christmas with COVID lurking as a holiday-wrecker.

“No kidding. It’s Christmas and oh, really? Omicron? Right. What fresh hell is this?” Trudeau said. But he added: “We have come through this, bruised, and battered, and it’s going to take healing. But it also has given us an opportunity to really be deliberate about how we rebuild.”

The article was originally published in the Thestar.com.