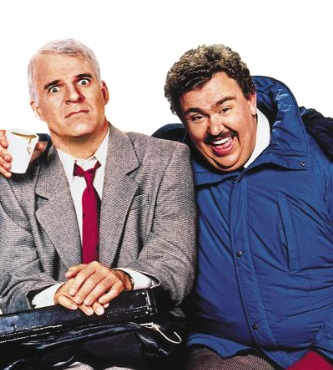 (Expat Focus – QCostarica) In this age of competing hate crimes, I’d like to reflect on the notion of tolerance. Even tepid aggravations seem to be too much for our watery sense of forbearance, like a neighbor’s barking dog, kids playing noisily in the park or a baby crying on an airplane.

Sure, no one likes any of it, but what are you going to do? Slip the baby an Ambien? Scream at a bunch of six-year-olds to stop that incessant playing already and get on their iPhones?

How about threatening to poison the dog, as a neighbor of mine did? (The dog indeed died two days later, but police refused to get involved because Scruffy had been seen on numerous occasions eating his own poop, thus rendering our case flimsy. To my mind, this only strengthened our case: if the dog would eat even his own shit, the neighbor could be certain he’d eat the poisoned meat.)

Take air travel. We’ve been hearing a lot about fracases on airplanes, from that doctor getting knocked out cold for refusing to change his seat, to the woman removed from a plane for complaining about the infant seated within her sonic field. I wonder if it’s just that social media alerts us to these episodes, rather than their being a new development. Were we previously such docile passengers? Were flight attendants more laid back than they are now? Yes, and no.

On a long-distance flight, for instance, an older Orthodox Jewish man absolutely refused to take his seat because it was between two women. He claimed it was against his religion to sit next to a female not of his immediate family—there was always the hairy possibility that their elbows might bump or that their knees might rub.

How would he get up to go to the restrooms without twerking one of the ladies? We were on the ground for almost an hour, unable to take off, because the guy was both unwilling to sit yet refused to exit the plane.

Imagine if that were today? He’d have been removed by an ambulance after the flight crew got through with him (or in a body bag if they had let us passengers have our way). Finally a younger Hasidic Jew took pity on him, and on all of us, and agreed to switch seats. The entire plane applauded him.

I still wonder if the old guy only put up a fuss because he just didn’t want to be trapped in a middle seat for 11 hours, and I also wonder if the young guy was so magnanimous in switching seats because here was his chance to finally rub ankles and elbows with women who were not his sisters.

On another trip, a very large woman sat next to me, spilling onto my seat so I was unable to even lower the armrest. I was shriveled into half a seat for 8 hours, but did I complain? No. I could see she was embarrassed enough and didn’t want to add to her grief, so I stifled mine.

Adding to my woes, my seat wouldn’t recline. Every time I eased it back, it shot forth, giving me whiplash. On the third try, the woman behind me started shrieking that I was crushing her knees, and had better stop!

That solved the mystery of the defective seat back, but not the one about how I would survive the flight without spontaneously combusting. But did she and I roll into the aisle, flailing fists? No. One of us had to be the bigger woman (no pun intended), so again it was I.

Yet where was that patience when I needed it? On a flight to Italy, Alitalia split me and my three Visigoths–aka children–into two and two, one row behind the other, despite my having booked attached seats all in one row. Within minutes, the man in front of my eldest turned around and berated him for kicking the back of his seat. I apologized and explained seat etiquette to my child.

A half hour later, the guy complained again. I apologized again and talked to my boy again. Soon I observed he wasn’t actually kicking the man’s chair; he was drawing a picture, and thus rattling the fold-down table attached to it. But how much shaking could we be talking about? He’s not Jackson Pollock.

Then the woman behind me tapped me on the shoulder. Hard.

“My kid? Which kid?” She pointed to the 4-year-old next to me. Him? I thought, bewildered. He hadn’t moved an inch, hadn’t whined a bit, had been the perfect little boy, merely chatting with me.

“He talk and talk! I no can sleep!” she brayed.

I stared at her.

“Are you kidding me, lady? What should I do, put a muzzle on him?” What was she griping about? I’m the one who had had to listen to his incessant prattle for hours. Didn’t she think I wanted to sleep too?

At that moment, my daughter chose to stand up and upend her dinner tray all over the floor, whereupon the woman in front began shrieking. Apparently the applesauce–or was it coconut custard?–had ejaculated onto her Manolo Blahniks. Who wears stilettos on a transatlantic flight? Italian women. Italian women traveling blissfully alone.

As if this concert needed more trumpets, the guy who had been complaining about my son stood up.

“Kid, if you kick my seat one more time, I’m coming back there and slapping you!”

Finally, I snapped. No one threatens my precious progeny but me!

“The hell you say?!” I barked, my New Jersey roots coming to the surface. “You lay one finger on my kid, I’m coming over and beating the living crap out of you! You hear me?”

“Mommy said crap!” one of my kids exclaimed.

Suddenly rows 23-26 exploded (not literally), with the two of us screaming expletives, the woman behind me shouting that no one lets her sleep on this infernal flight, the woman in front yelling about her shoes, and my daughter wailing about the food and drink coating her from the waist down. The one bright spot was that all this excitement shut my youngest up. He was enthralled.

And the flight attendants? Conspicuously absent, they only arrived when projectiles began to be hurled. They told us all to simmer down. But did they admonish the old guy for threatening a child? Did they explain to the passenger behind me that speech was actually permitted by the TSA? No. They just brought two towels, one for my daughter and one for the poor shoes. Had it been today, they would have hauled us all off in handcuffs once we got to Rome.

Then again, today you see videos of people spitting out racist remarks to their fellow passengers or slapping attendants for having run out of white wine. White wine!

What happened to the nice guys, like the young Hasid who gave up his seat? What happened to letting things go? We’re all stuck in the same aircraft, or neighborhood, or planet. So next time, never mind; take the red wine instead.

Make it a bottle.

Galya Gerstman
Galya Gerstman was born in New Jersey and studied Creative Writing and French Literature at Columbia University. She taught French Literature at Tel Aviv University before relocating to Costa Rica, where she married a Costa Rican and raised two sons and a daughter. Her mother’s family immigrated to Palestine at the turn of the 20th century and served as inspiration for her novel, Women of Jerusalem. Her father is a Holocaust survivor who immigrated to New Jersey and is the subject of her latest book.

QCOSTARICA - If you are not, for some unknown reason, unaware...
Read more

QCOSTARICA - This is a strong blow for Casa...
Trends