(QCostarica) Literally three metal slabs (one big and two small) plug up the gaping holes on the “Platina” bridge – the bridge over the Virilla river on the autopista General Cañas San Jose bound, two of which are new, placed in an emergency repair Thursday night, early Friday morning. 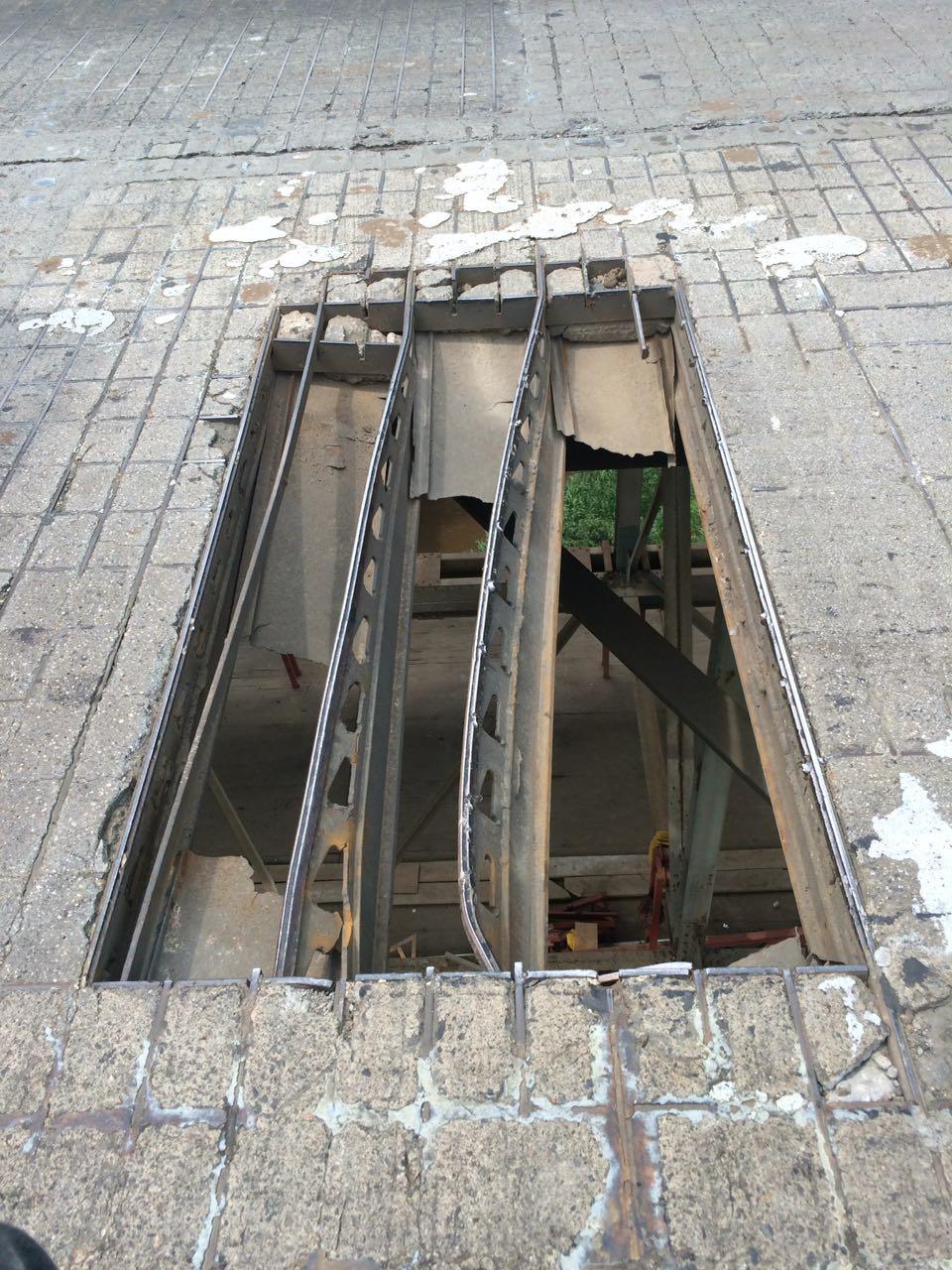 The damage occurred in the middle of the two lanes, allowing traffic to continue moving, albeit slowy, after the Policia de Transito (traffic police) placed cones to warn drivers and a wood board to cover the open hole to the Virilla river some 60 metres (190 feet) below.

The bridge, built in 1961 and that spans 160 metres, has become the ridicule of Costa Rica. 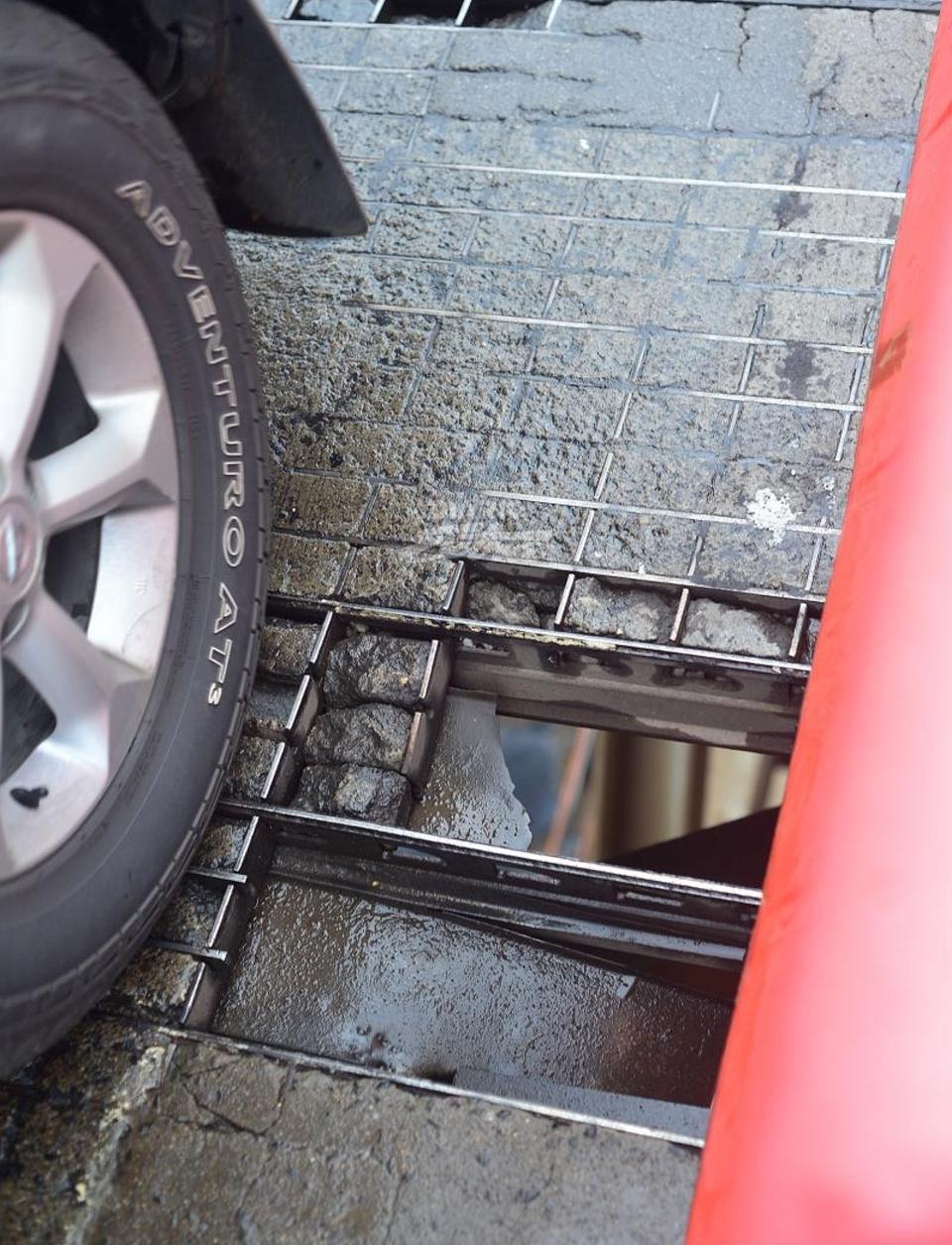 The current problems began back in 2009, when a 10cm (4 inch) gap between two span sections became evident. Since, some ¢8 billion colones  later and several repair attempts by three consecutive governments, failed to properly repair the ailing structure. The repairs also cost the life of one worker and another seriously injured.

The General Cañas and its bridges was built more than 50 years ago, a road designed for a few thousand cars daily, today sees traffic of almost 100,000 vehicles.

Currently the bridge is undergoing an expansion. The work that is being carried out from under the bridge and not readily visible to drivers. When finished – if ever finished – the bridge will be six lanes (three in each direction) and hopefully free of any gaping hopes.

It was dubbed the “platina” bridge for the placement of metal slabs (platinas) to patch up the surface.