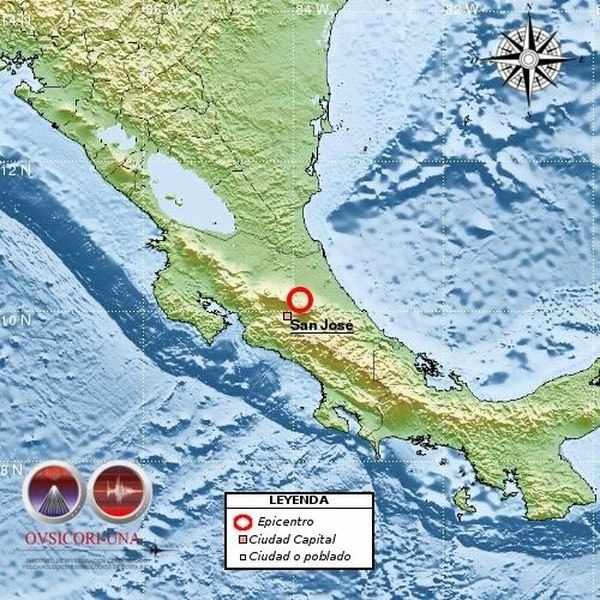 That Ovsicori detailed that the earthquake had a depth of 10 kilometers and was felt in various communities, such as: Pococí, San Isidro and Santo Domingo de Heredia, Coronado, Moravia, Tibás, Alajuelita, Goicoechea, San José, Santa Ana and other areas of the Central Valley.

On the other hand, the Red Sismológica Nacional (RSN) – National Seismological Network, registered the tremor with a magnitude of 5.1 degrees and the epicenter located it 12 kilometers west of Guápiles.

“The origin of the earthquake was due to faulting in the crust of the Caribbean plate,” explained the RSN.

Minutes after the quake, the Comisión Nacional de Emergencias (CNE) – National Emergency Commission, said that there were no reports of damage or injuries.

“The earthquake was felt very strong not only in the North Caribbean, but also in the Central Valley. In the areas close to the epicenter no damage is reported, despite the fact that it felt strong,” said Sigifredo Pérez, Chief of Operations of the CNE.

The Cruz Roja (Red Cross) said that they did not receive any calls of anyone affected by the earthquake.