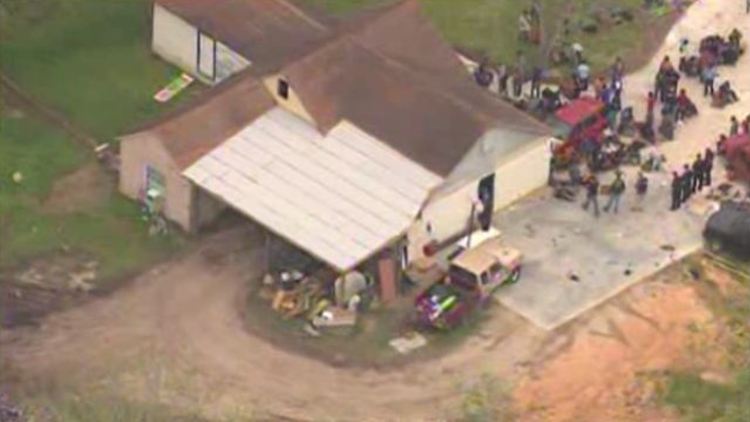 US authorities have discovered a home in Texas where human smugglers were keeping over 100 undocumented migrants against their will, providing a high-profile example of how organized crime manifests itself north of the border.

At the house in southeast Houston, 94 men and 15 women were being held for ransom in squalid conditions, reported La Prensa Grafica. Houston police made the discovery after receiving a call from a Houston family about a woman who, along with her children, failed to appear with her human smuggler, or “coyote,” at a designated meeting point.

Houston police spokesman John Cannon said inside the house they found “bodies upon bodies, people stacked on top of each other.” The house had one partially functioning bathroom and no hot water, and human waste covered the floor, reported the New York Daily News. Migrants reported having been in the house anywhere from several days to two weeks.

Greg Palmore, spokesperson for US Immigration and Customs Enforcement (ICE), said this was the largest number of people discovered in such a house in five years, and that while it was too soon to determine if this was a human trafficking operation, it appeared so, reported Prensa Grafica.

The migrants were principally from Guatemala, Mexico, Honduras, and El Salvador. No Costa Ricans were reported among the captives. Five men who appeared to be running the network have been detained.

The road north for Latin American migrants attempting to reach the United States is filled with peril, with various criminal organizations collecting revenue from migrants by charging tolls along the route. Migrants also risk being kidnapped, beaten and raped by criminals.

Migrants who undertake the journey often choose to employ the services of a professional smuggler, or “coyote,” to lower the chances of being victimized. These smugglers, however, are unreliable at best. With their “clients” beholden to them, coyotes are known to sometimes demand more money.

There is also the risk of what Texas authorities have referred to as a “coyote rip,” when gangs kidnap migrants and demand ransom money. This occurred in a 2011 case involving MS13 members in Houston, in which the smuggler had apparently failed to pay a tax to the gang.

The migrants in the current case may have been subject to a similar fate, while the sheer number of people being held captive suggests the smugglers were affiliated with a larger criminal network. It is also probable that there are other houses in the area being used for the same purpose.