Police Killings Up 37% in Brazil 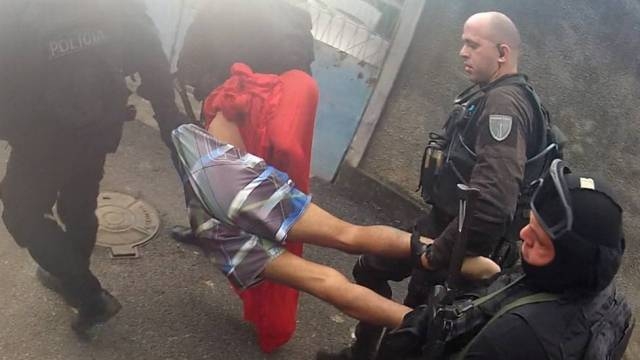 LATIN AMERICAN NEWS – Meanwhile, the south remains Brazil’s least violent region. This includes the state of Sao Paulo, which — with a murder rate of 12.7 per 100,000 — is the most peaceful out of 27 states. Rio de Janeiro state ranks in the middle, with a rate of 34.7.

The statistics gathered by the Brazilian Forum on Public Security also show that reported killings committed by police went up 37 percent, with 3,022 people dead as the result of police actions. More people died at the hands of the police than they did from armed robbery (with just over 2,000 victims) or assault (with 773 deaths registered).

The rise in Brazil’s overall homicide rate — and the accompanied increase in police killings — may be, in part, the result of improved data analysis by the Brazilian Forum on Public Security. As G1 reports, some states will classify certain homicide cases as a “death due to injuries,” consequently skewing the results. This year, the NGO took note of this distinction when collecting homicide data from state agencies.

While the report does highlight how Brazil still has a long ways to go in confronting police violence, these killings — while certainly underreported — nonetheless represent a fraction of the country’s total homicides. Nor can Brazil necessarily blame drug trafficking or organized crime as the main factors behind the violence — a 2013 report by the World Bank, alongside another report by a Brazil-based think-tank, both asserted that impunity and a so-called “culture of violence” play a bigger role in driving up homicides.

The contrast in homicide rates between Brazil’s rich south and the poorer northern region is indicative of the role that economic growth has arguably played in stemming violence. Drug use is likely another contributing factor: 40 percent of the country’s crack cocaine users are reportedly based in the northeast.

QCOSTARICA - Costa Rica's economic activity registered in April 2021 a year-on-year growth of 8.8%, a figure affected by a “base” or “rebound” effect,...
Coronavirus