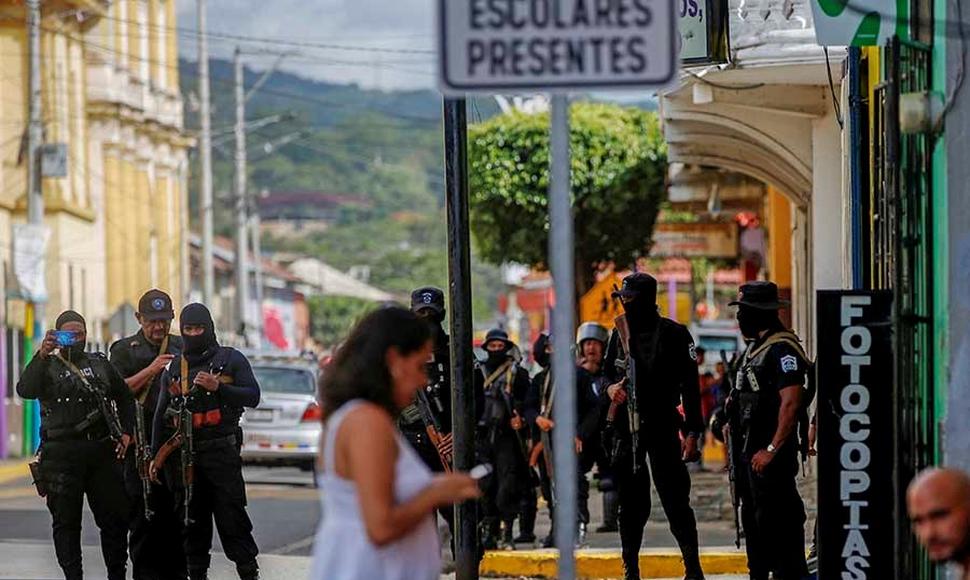 This Saturday, police prevented the access of international journalists to the indigenous neighborhood of Monimbó, in the town of Masaya.

Several cities organized antigovernment marches this Saturday, but the population that was prominent during the protests against the government was besieged by riot police, modifying the plans of the masayas and journalists who tried to tell the world what is happening in the city.

The demonstrators were forced to change the starting point of the march, as well as the route, which was tarnished by the presence of the combined government forces, made up of police, paramilitaries and riot police.

In the same way, government authorities, commanded by the commissioner Ramón Avellán, prevented the international press from entering the iconic neighborhood of Monimbó, as an Acan-Efe team found on the spot.

“From here do not pass, go to the park and record there,” the police command responded without further argument to be asked why the passage to the press was blocked by a street of free circulation and transit usual for citizens.

Journalists, photographers and cameramen have suffered robberies, injuries, searches and retentions by the combined government forces in recent months.