In politics there are never political corpses, José Miguel Corrales 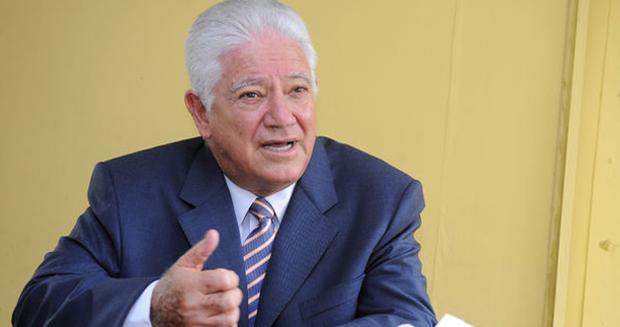 At 74 years of age, José Miguel Corrales, instead of retiring and spoiling his grandchildren, travels the country on the hunt for votes for his Partido Patria Nueva (New Patriotic Party), of which he is the presidential candidate.

“Representative democracy is dead”, Corrales recently told La Nacion in an interview, who is more content on “participative democracy” and proper management of the country’s political policies.

“The Costa Rican government has to change to a state that is not administrative, but guiding, very strong in the rectory in health, in education, in energy, in telecommunications”, says Corrales.

Are you are a political impasse?, Corrales was asked by his interviewer, to which he responded, “No, never, because in politics there are never political corpses”.

Born in Paraiso de Cartago on September 29, 1938, he attended the local grade school and his secondary education at Colegio San Luis Gonzága in the city of Cartago.

In high school he played soccer and was part of the 1954 national youth team and played in the First Division with the Saprissa and Cartago clubs.

In 1967 he graduated from the Universidad de Costa Rica (UCR) as a lawyer and notary.

In 1998, Corrales was the presidential candidate for the Partido Liberación Nacional (PLN) and pre-candidate in 2002, known for their struggles contrary to neoliberalism and proclaimed Social Democrat.

In 1998 he lost the presidential elections to Miguel Angel Rodriguez an 2002, the PLN party chose Rolando Araya Monge for their candidate, who went on to lose to Abel Pacheo de la Espriella.

In 2006, he was a staunch opponent to Oscar Arias, who he branded as a capitalist and neoliberal. Corrales was also a strong opponent to the Free Trade Agreement with the United States and it was his initiative that the issue of free trade went to a referendum.

The Partido Patria Nueva is a political group made up former legislators, including Álvaro Montero Mejía, Julieta Dobles, Célimo Guido and Corrales.

On May 22, 2013, Corrales was official named as the party’s presidential candidate in the 2014 presidential elections.

Today, Friday, June 11, only EVENS can circulate. The measure is countrywide and applied between 5:00 am and 9:00 pm, save for those under the...
Peru

QCOSTARICA - Osta Rica has been the epicenter of regional diplomacy in recent days. The successive visits of the Secretary of State of the...
Infrastructure