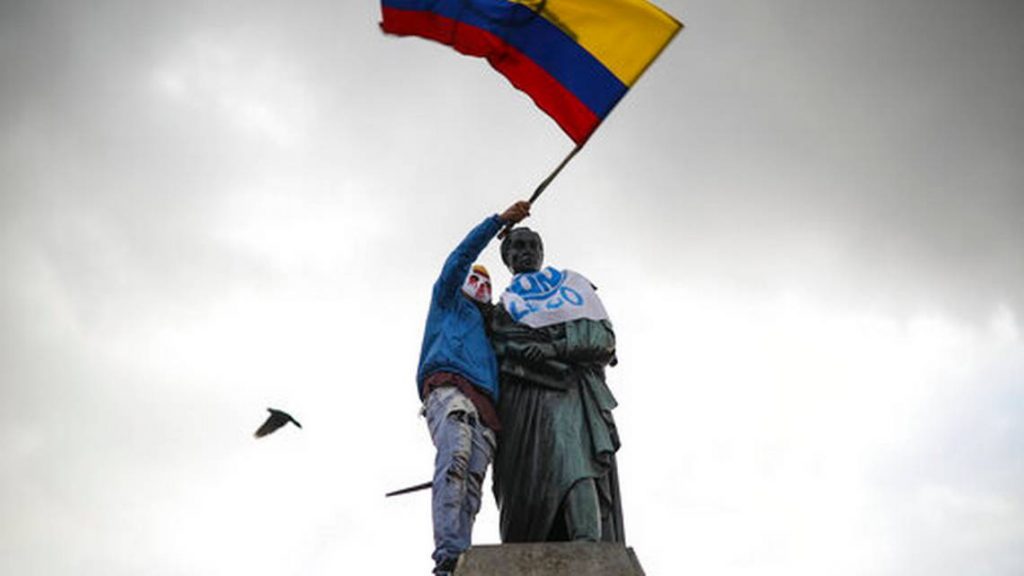 President Iván Duque opened a national dialogue Sunday that he said will include citizens from all walks of life in tackling issues like corruption and inequality days after one of Colombia’s biggest protests in recent history.

The leader gathered mayors and governors from around the country to launch an initiative that he said will focus on six main topics: economic growth with equality; corruption; education; improvements in life for areas hard hit by the nation’s long civil conflict; the environment; and strengthened government institutions.

The dialogue will run through March 15, though Duque provided relatively few details on exactly how citizens would become involved.

“Our responsibility is to unite Colombia,” he said.

Duque is under pressure to present a solution that will appease the masses that filled Colombia’s streets four days earlier and are calling for new mobilizations Monday.

Some organizers are already criticizing the president’s dialogue, saying he should first hold a meeting with the National Strike Committee – a steering group made up of student and labor leaders among those organizing the protests.

“The government of Iván Duque hasn’t concretely resolved any of the motives for the protest,” the Central Union of Workers said in a statement.

The demonstrators are decrying a wide range of issues – everything from violence against social leaders to fracking – though one underlying theme is a general rejection of the conservative Duque’s government, which has been in office 15 months.

The protests come as much of Latin America is experiencing a tide of discontent, with paralyzing demonstrations in nations including Chile, Ecuador and Bolivia clamoring against political leaders of varying ideological hues.

“It has been decades since we’ve seen a mobilization like this,” said Patricia Muñoz Yi, a professor at Bogota’s Pontifical Xavieran University.

Colombia’s protest is different in that there is no one crystalizing event or government decision that sparked the unrest – and it remains unclear how long it will continue. Though thousands have gathered throughout Colombia each day in the aftermath of Thursday’s huge turnout, the demonstrations have been notably smaller.

Several of the protester complaints involve labor and pension changes that the Duque government insists do not exist as formal proposals but are rather only recommendations from think tanks. Demonstrators have been unsatisfied with that response, pointing to comments from Cabinet ministers and a bill introduced in congress.

Duque’s call for what he terms a “National Conversation” could perhaps be taking a page from French President Emmanuel Macron, who opened a “Great National Debate” to involve citizens in solutions after months of angry protests there.

“This is a conversation of all and with all,” Duque said.

In order to be successful, analysts say Duque’s dialogue will need to draw genuine participation from a wide cross-section of society and provide swift answers.

The president is facing a litany of thorny issues that have long dogged Colombia leaders, including soaring coca production, violence from illegal armed groups and entrenched corruption and inequality despite better economic growth.

He sought to highlight the accomplishments of his administration Sunday, describing in an unusually fiery speech how his government has pushed rural development, increased education funding and improved economic opportunities.

He encouraged a room full of local political leaders to begin the national dialogue in their regions with a “patriotic sensibility.”

“We know we need to start quickly,” he said.