Following a long and divisive campaign, president-elect Carlos Alvarado, has called for unity, for all Costa Ricans to become united for the benefit of all.

Carlos Alvarado’s win on Sunday was by a surprisingly big margin over his rival, Fabricio Alvarado – no relation.

Following a well deserved rest, the president-elect came out of his Santa Ana condo Monday, calling on other parties to join him in a government of national unity, later in the day fulfilling a promised he made his mother, to visit “La Negrita” – the Virgin of Los Angeles – in Cartago once the election was over.

In his victory speech, Sunday night, in San Pedro, in front of supporters, the former minister said that Costa Ricans could now “go to sleep reassured because there is a decision and now we’ll unite to take this country forward”.

He also said that he had already received a “call” Fabricio Alvarado, congratulating him.

On Monday, the President-elect, among the congratulatory calls received were from the U.S. Ambassador to Costa Rica on behalf of her government and Panama president, Juan Carlos Varela.

Don Carlos was quick to point out to Varela of the close ties between Costa Rica and Panama and that his son, Gabriel, was in fact born in Panama. “Es Panamemio (he’s Panamanian),” Carlos told Varela on the phone in front of the cameras. Carlos Alvarado and his wife, Claudia Dobles, who will be the First Lady, had lived in Panama for several years before returning to Costa Rica.

By the end of the day it was evident the president-elect was not sparing the little time he has to form a government by May 8.

For her part, vice-president elect, Epsy Campbell, said Monday they started work contacting all the different factions in the country’s national assembly to forge a government of national unity.

Carlos Alvarado Quesada (born January 14, 1980, in San Jose) is a writer, journalist, political scientist and politician. He previously served as Minister of Human Development and Social Inclusion and Executive President of the Joint Social Welfare Institute (IMAS) and Minister of Labor after the resignation as minister of Víctor Morales Mora, under the current administration of Luis Guillermo Solis. Alvarado has a Bachelor’s degree in communication and a Master’s degree in political science from the University of Costa Rica, as well as a Master’s degree in development studies from the University of Sussex

Among his work experience, he served as an advisor to the Citizen Action Party’s (PAC) group in the Legislative Assembly (2006-2010), was a consultant to the Institute of Development Studies of the United Kingdom in financing SMEs and Department Manager of Dish Care & Air Care (Procter & Gamble Latin America). 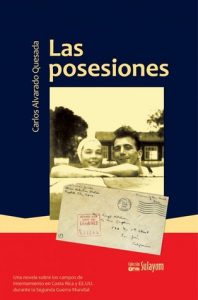 Carlos Alvarado is also a published author, in 2006 publishing the anthology of stories Transcripciones Infieles con Editorial Perro Azul. That same year he obtained the Young Creation Award of Editorial Costa Rica with the novel La historia de Cornelius Brown. In 2012 he published the historical novel Las Posesiones that portrays the dark historical period in Costa Rica during which the government confiscated the properties of Germans, Japanese and Italians during World War II. His most recent book published is Temporada en Brighton.

TODAY NICARAGUA – In an unprecedented persecution, the Daniel Ortega regime detained four presidential candidates in one week, a move that is part of...
Photos of Costa Rica

QCOSTARICA - In times of pandemic, things change constantly, especially when it is necessary to tighten the belt to reduce the contagion of covid-19. The...
Disasters