COSTA RICA NEWS — President Luis Guillermo Solis is not moving an inch in his support of the APM Terminales megaport at Limon even if the longshoremen’s union, SINTRAJAP, enters into a prolonged strike, the President said Wednesday. Moreover, he said he would welcome talks but would not negotiate with the union.

This was taken to mean that he would not debate the clause giving APM exclusivity for container ships at the billion dollar port when it is finished. The union considers this a “monopoly” and wants to share the cargo with the old port with which it has a cozy relation with the port authority, Japdeva. 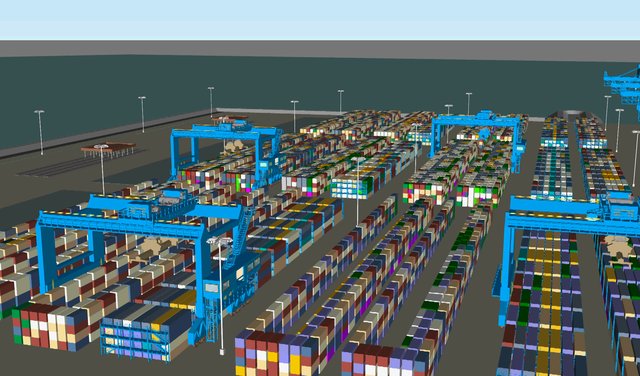 President Solis met with SINTRAJAP president Ronaldo BLear Monday and made it clear to the union chief that he would not renegotiate conditions with APM, the huge international dock managing firm and that its exclusivity would hold in exchange for the 33 year concession.

The union has threatened to tie up the docks and obstruct movement in Limon if its demands are not met. (See Limon Union Sets Strike against Port) Blear left the meeting Monday morning fuming although the President’s viewpoint could not have been a mystery.

Wednesday evening, the President ordered police to displace 68 strikers from the docks. He said that they employed only the “minimum use of force.” At 8:30 a.m. Wednesday the union took possession of the docks only to be evicted in a surprise move by 150 policemen at the President’s order 10 hours later.

Although that confrontation was peaceful, unidentified youths responded with burning tires and the closure of some streets between downtown Limon and barrio Cienegita after 10:30 Thursday night. But within minutes 50 police reacted, chasing them away and putting out the fires of tires and scrap wood. Eight persons were arrested Thursday night.

But at the last minute Thursday when construction seemed cleared to begin, environmentalists backed by the Broad Front Party filed 110 objections with the environmental watchdog agency Setena, bringing doubts about the ambient impact of the port.

President Solis noted that the only impediment to the port construction might come from Setena which has until March to study and resolve the issues raised by lawyer Alvaro Sagot, geologist Allan Astorga and the president of a conservation group, Mauricio Alvarez. But Setena has been criticized about its slowness in such studies.

Director of the National Concessions Council Jorge Mora warned in an interview with the financial publication El Financiero that a delay in approving the port so construction may being promptly could cost as high as $170 million more added to the billion dollar cost predicted. APM has yet to comment.

Sp far reports have been that the impact of the strike has been minimal but this morning a cruise ship from Panama carrying 1,800 passengers, mostly North Americans was due to dock this morning.

Today, Friday, June 11, only EVENS can circulate. The measure is countrywide and applied between 5:00 am and 9:00 pm, save for those under the...
Environment

QCOSTARICA - A moderate decline in new cases for the third consecutive week allowed the hospital system to avoid the dreaded collapse and rapid...
El Salvador