That is the opinion of Vice President Stephan Brunner. The previous administration would have left an advanced plan after negotiation with the concession company 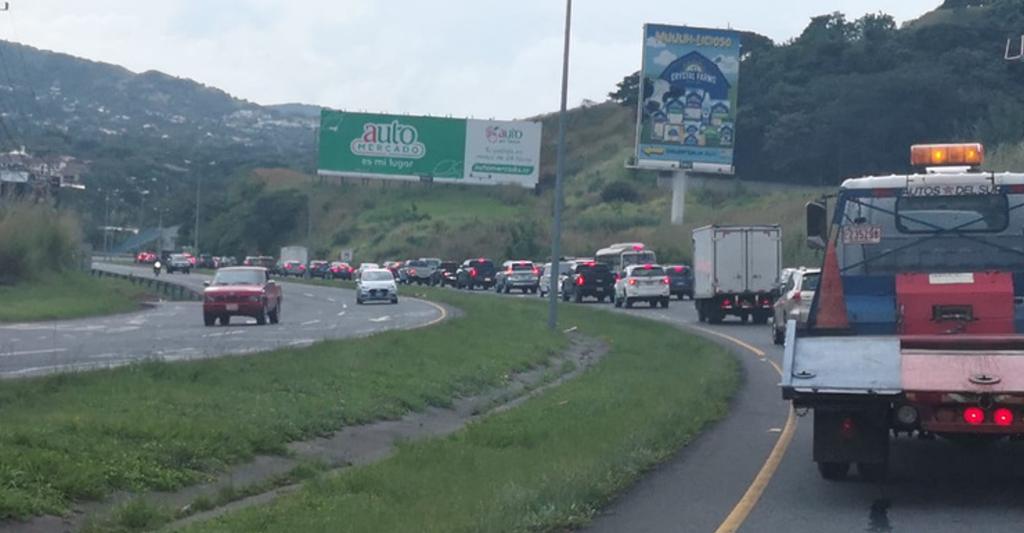 QCOSTARICA – What will happen to the expansion of Ruta 27 that connects San José with Caldera? The answer is still uncertain.

The previous administration maintained a negotiation process with the Ruta 27 concessionaire, Globalvia Ruta 27, on the design, costs and tolls. However, the new government has raised the possibility that the expansion was already contemplated in the contract.

“The position of the Government is that the contracts and obligations are fulfilled, and the obligations of the other parties are also fulfilled. If the company has a contractual obligation, we are going to enforce it in the interest of the country, if the contract says so,” warned President Rodrigo Chaves, at the press conference after the Governing Council (cabinet meeting), on Wednesday.

According to the latest information provided by the Consejo Nacional de Concesiones (CNC)  – National Concessions Council –  before the change of government, in April, the cost proposed by the concessionaire, which was originally US$646 million, had been lowered by US$$100 million.

To finance the amount, the concession contract would be extended for 15 more years to obtain the sum of the toll collection and the State would make a contribution.

The then technical secretary of the CNC, José Manuel Sáenz, reported at that time that the plan to double the capacity of the road that connects San José with Caldera would remain at 80%.

However, the thesis of Vice President, Stephan Brunner, is that the expansion is already contemplated in the contract. Brunner was, as part of the CNC, manager of the construction of that road in 2007, but he resigned after eight months, after denouncing an overpricing in the cost of the road.

In statements to the media at the end of April, the Brunner maintained that the agreement with Ruta 27 stipulates that when the road reaches a certain level of service, the concessionaire is obliged to carry out the expansion without requiring a renegotiation that implies an extension in the operation of the highway and a state contribution to cushion the toll rates.

The highway between San José and Puerto Caldera reached its highest level of service for more than seven years, that is, less than five years after it was opened, in 2010.

Asked about this issue, the minister of Obras Públicas y Transportes, (MOPT), Luis Amador, stated shortly before being sworn in, that the issue would be addressed in conjunction with Vice President Brunner.

- Advertisement -
Paying the bills
Previous articleIf Latin America has a commercial capital, it is Miami
Next articleGasoline would drop by ¢28 and diesel by ¢43 due to changes in Aresep’s methodology

Q24N (QCOLOMBIA) Colombia began the transition to its first...
Travel

Q TRAVEL - Many people are now flexible when...