Presidential Transfer of Power Will Be At National Stadium 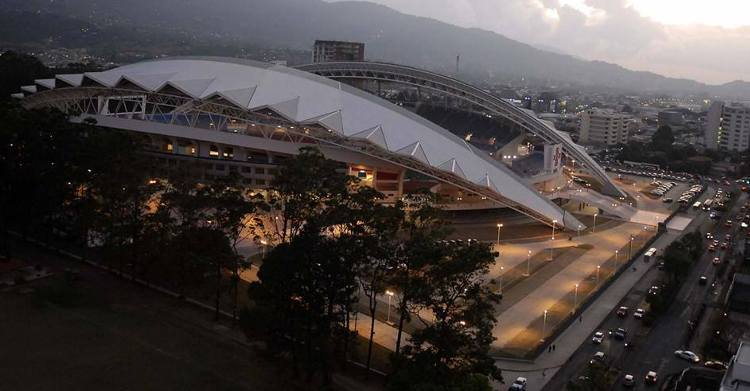 Former president Oscar Arias negotiated the deal with the Chinese and during his presidency construction began. Presidenta Laura Chinchilla inaugurated it. But it will be “Luisgui”, president-elect Luis Guillermo Solís to be the first president to actually make it centre stage for a presidential transfer of power.

It’s been confirmed, the transfer of power, on May 8, will be held in the jewel of La Sabana, Costa Rica’s national stadium.

The ceremony will kick off at 10am with the traditional cultural presentations. It won’t be until noon Solís will appear on centre state, where he will recieve the “presidential sash” from the president of the Legislative Assembly.

Organizing the event is Costa Rica’s new first lady, Mercedes Peñas, confirming that the ceremony will be simple and at a cost ¢150 million colones. (US$275.000 dollars).

Editor’s note
Four years ago,  on May 8, 2010, the transfer of power ceremony was held on the east side of the stadium that construction was almost complete.

Then president Oscar Arias, surrounded by hundreds of friends and supporters, walked the six blocks from his private home to the stadium, a stadium he negotiated a deal with the government of China and  he himself broke ground.

On that day, Presidenta-elect Laura Chinchilla Miranda, dressed in white, appeared before thousands who had gathered on the park lawn to take part in a historic event, the first ever woman president of Costa Rica. Even Daniel Ortega came.

This event is expected to be totally different. The green and white colours of ceremony are being replaced by red and orange. If we can believe the tone that is being set by the president-elect, there will be no frills, bells and whistles. Expected is a basic, functionally and fiscally drab ceremony, a tone of what is to be for the next four years?