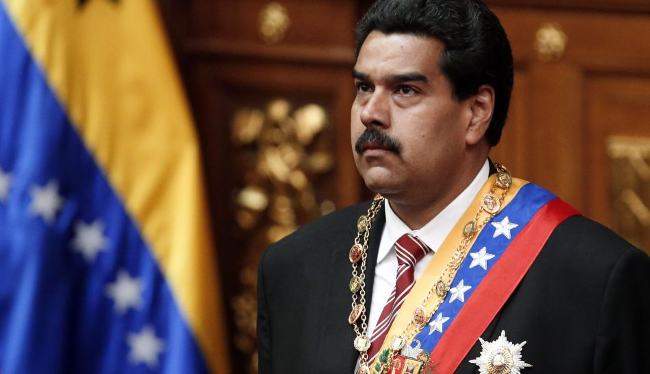 There was a time – not too long ago – that many supporters of the late President Hugo Chávez detested Nicolás Maduro.

It was at the end of 2009 and Maduro, serving as foreign minister, had just signed the extradition order for Joaquín Pérez Becerra, a member of the Revolutionary Armed Forces of Colombia (FARC) who served as the head of insurgency group’s news outlets.

Pérez Becerra was a Swedish resident who had arrived in Caracas on a flight from Paris when he was detained. He must have thought he would have been protected by Chávez’s leftist government.

The Venezuelan Communist Party (PCV) – an unruly ally of Chávez – and other radical movements held a protest outside the Foreign Ministry in downtown Caracas with supporters holding placards that read: “Traitor” and “Juan Manuel Santos’ lapdog.” Santos, who is now Colombian president, was then the defense minister under Álvaro Uribe.

It was perhaps one of the lowest points of Maduro’s political career, which began with membership in the Socialist League, a political platform for Latin American guerrillas who had renounced the armed struggle which became popular in the 1980s.

The Pérez Becerra incident not only demonstrated the difficulties Maduro has had in seeking in ways to find conciliatory gestures among various ideological groups, but it also showed how a former bus driver and union leader got so far under the protection of the Chávez government.

If fact, the fine line between his staunch loyalty to the iconic leftist leader and Maduro’s own personality was too often blurred. US film director Michael Moore once told a story about how he always believed that Maduro was Chávez’s bodyguard because it was him who opened the door to the president’s hotel room on two occasions when he visited him.

As foreign minister, Maduro, now 50, had some successes in coming up with his own initiatives, according to several US State Department cables released by WikiLeaks in 2010, including trying to improve ties with the United States and Israel, two countries that still have rocky relations with Venezuela.

He was instrumental in helping to calm the tense situation in 2009 between Venezuela and Colombia, which almost went to war over charges made by Uribe against his nemesis Chávez, whom he accused of harboring members of the FARC.

Born in Caracas in 1962, Maduro grew up in the capital as opposed to Chávez and many other Socialist leaders who were raised in the rural parts of Venezuela. In his youth, he formed part of a rock band in the crowded El Valle sector and has one son from a previous relationship. In 1994, he became active in trying to win a pardon for Chávez, the former paratrooper lieutenant colonel who was jailed for leading a 1992 attempted coup against President Carlos Andrés Pérez. It was then when he met his current partner, Cilia Flores, the now-attorney general who will become first lady.