The demonstration reached the outskirts of the Arias Foundation for Peace, on Avenida Segunda 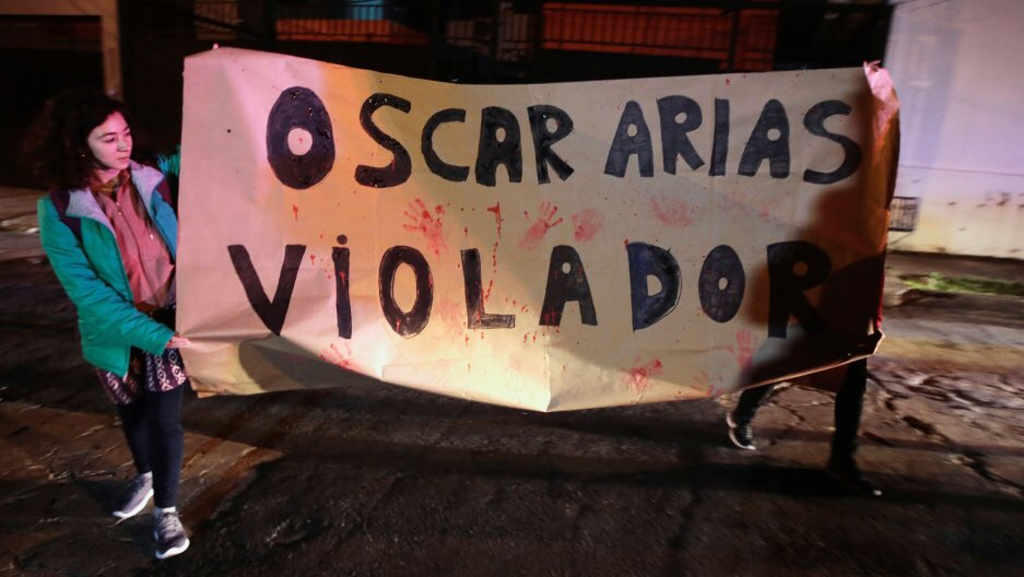 A significant number of people seized Avenida Segunda in downtown San José Friday night to demonstrate their support for the women who reported being victims of rape and sexual abuse by former President and Noble Laureate, Oscar Arias Sánchez.

Several groups participated in the demonstration, such as “Ni una Menos” and “Lucha Mujer”, demanding that there be no impunity in the case against Arias.

This week, two women filed ‘denuncias (criminal complaints) for rape and sexual assault and four other women told their story to the media of being groped by the former president.

The rally began at the Parque Central and from there the protesters walked along Avenida Segunda towards the Plaza de la Democracia, carrying posters and flyers with messages against Arias.

The demonstration reached the outskirts of the Fundación Arias para la Paz y el Progreso Humano (Arias Foundation for Peace and Human Progress), where the participants chanted for justice be done for the women who were victims of the alleged sexual attacks.