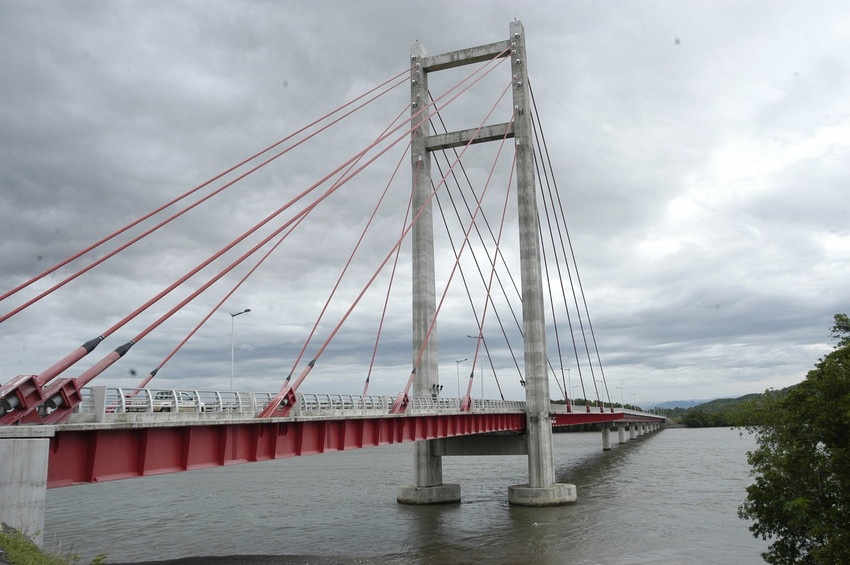 Soon, the Consejo Nacional de Vialidad (Conavi) – National Road Council – will carry out repair work on the La Amistad bridge located on the Tempisque River, cutting off traffic to and from Guanacaste for at least two months.

Guana Noticias reports the Conavi has not announced the start date of the works, nor has it confirmed if it will activat the Puerto Moreno ferry.

The 780 meter long bridge was completed in 2003. The damage suffered by the structure has been evidenced by reports submitted by theLaboratorio Nacional de Materiales y Modelos Estructurales (Lanamme) in the years 2014 and 2016.

“We have a first report with the collaboration of the Technological Institute (TEC), the National Laboratory of Materials and Structural Models (Lanamme) and we obtained the participation of the original designer of the bridge, with all of them, and with the support of a company specialized in of load-deadening systems, we are detailing the plan,” said Mario Rodríguez, executive director of the Conavi.

The Puente La Amistad de Taiwán (English: “Taiwan Friendship Bridge”) spans the Tempisque River, in Guanacaste, northern Costa Rica. Although generally known as a cable-stayed bridge, it is really a hybrid bridge composed of a cable-stayed span and a pillar-supported bridge.

The bridge was financed and designed by Taiwan and built primarily by the Taiwanese company MAA, with participation of Costa Rican engineers and workers. It has a particular importance for the province of Guanacaste for it facilitates transit from San José. Prior to the construction of the bridge, this route required the use of ferries to cross the Tempisque River, or the alternate land route to Liberia.

The bridge has been known colloquially as Puente de la Apuñalada (Back stab Bridge) since former Costa Rican President Óscar Arias, during his second term 2006-2010, cut off relations with Taiwan in favor of China.

Puente La Amistad was damaged on 5 September 2012 by an earthquake.