“Is it a straw? Don’t tell me it is a fricking straw.” — Christine Figgener, YouTube, “Sea Turtle with Straw Up Its Nostril” 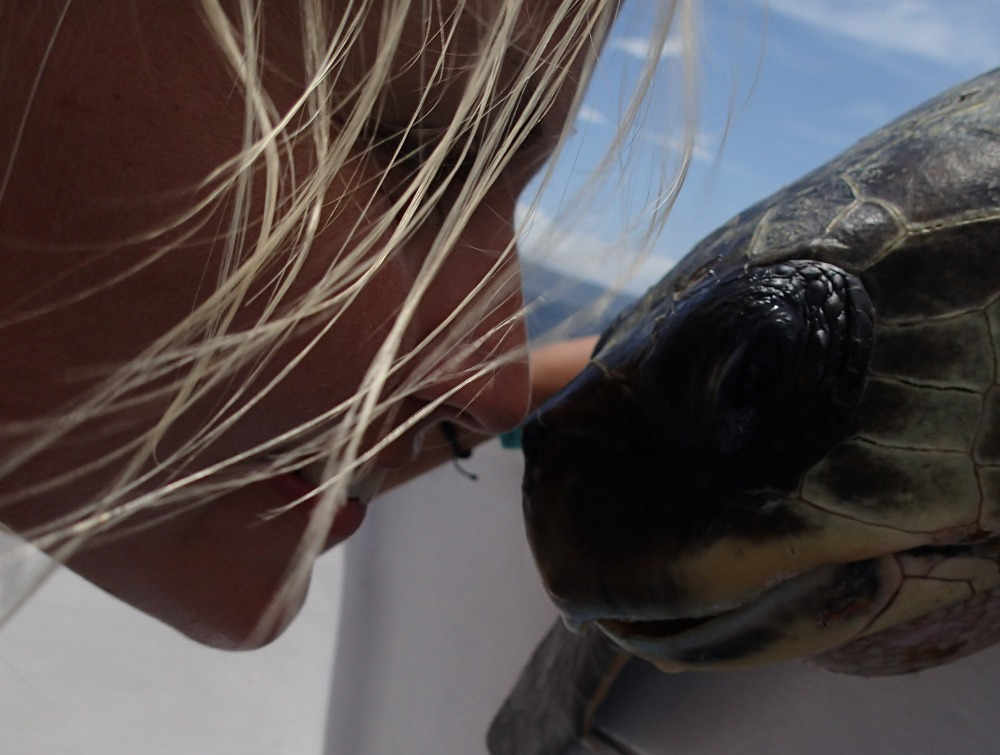 It might seem the world is going “Pura Vida,” adopting a “pure” style of living, by the reaction to a video filmed in Costa Rica by marine biologist Christine Figgener’s team removing a plastic straw stuck in an olive ridley sea turtle’s nose in August 2015.

It makes for a puzzling paradox, an eight-minute video generating such concern — time will tell whether their action is a “straw man,” a distraction, or the advent of a change in attitude.

People travel to Costa Rica for its eco-tourism, beaches, volcanoes, canopied rain forests, and snorkeling with sea turtles. We marvel at the creatures that share the planet, and it’s now known that we also share our garbage with them.

The Journal of Global Change Biology reports that synthetic fibers from tires, cigarette butts, and plastics have been found in the gut of sea turtles. Philip Schwabl, gastroenterologist, Medical University of Vienna, studied the feces of residents from eight different European countries and Japan with similar results.

Many take a cruise ship, floating communities built to be the acme of good living, with comfort and convenience. The amount of waste and pollution per day that a cruise ship generates — 21,000 tons of sewage, 170,000 gallons of wastewater, 25 pounds of batteries, fluorescent lights, medical waste, 8,500 plastic bottles, and enough sulfur dioxide to equal 13.1 million cars, is the uncalculated cost.

As an individual, our footprint may seem slight, but, when aggregated, the problem of pollution comes into focus.

The advance of civilization is like “building cruise ships,” maximizing the standard of living, minimizing the consequences. The rivers of the world, flowing from high to low lands, provided accessibility to fertile land, fresh water, and avenues of commerce. Upon the banks, settlements were built that grew into cities, the rivers carrying the residue of our presence to the sea.

When the river reminded us of its strength by stretching its waters, we would attempt to channelize it.

“There is no tonic like the Housatonic,” Oliver Wendel Holmes, justice of the U.S. Supreme Court, said of the river in Connecticut and Massachusetts. In 1930, sociologist W. E. B. DuBois, who grew up on the banks of the Housatonic, spoke of “turning our backs to the rivers.” His speech was a reminder that the beauty and serenity of a free-flowing river should be as important to our way of life as is commerce.

There are 500 million single-use plastic drinking straws used in the United States daily, enough to circumvent the earth 2.5 times. Perhaps the video of a distressed sea turtle will be the “straw that broke the camel’s back,” visual communication generates awareness. Friends of the Thunder Bay National Marine Sanctuary will host the 7th annual Thunder Bay International Film Festival Jan. 23 to 27, featuring themes related to rivers, lakes, and seas.

“For convenience sake, we deny the truth and look past it. Instant pleasure transforms quickly into immense pain.” — Amitav Chowdhury, poet, thinker, and philosopher

If you would like to support research and conservation efforts in Costa Rica, please think about donating to our GoFundMe Campaign http://gofundme.com/wuhvd6zj

- Advertisement -
Paying the bills
Previous articleSouth America does not help self-employed individuals thrive, study shows
Next articleImportant! How many holidays fall on weekends? Write them down.

How the Venezuelan Diaspora Is Leaving Its Mark