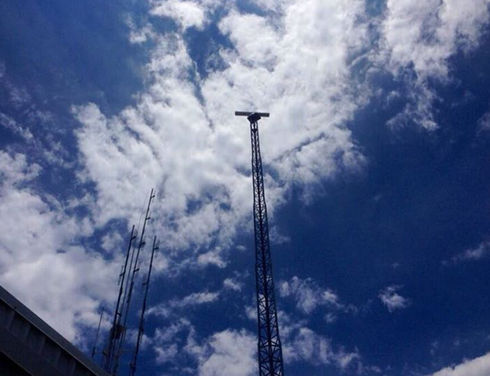 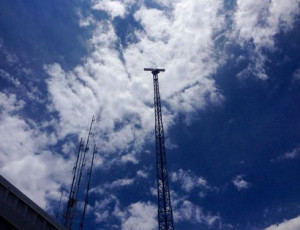 Costa Rica is installing 17 additional radars on Costa Rica’s coasts, reinforcing the fight against drug trafficking and illegal fishing along Costa Rica’s Pacific coast. In April the installation a modern radar system on Cocos Island, about 580 kilometers off the Central American country’s west coast, was completed.

The radar will help reduce operational costs regarding the prevention and surveillance of drug-trafficking and illegal-fishing activities.

Previously, the National Coast Guard Service sent boats on a 35-hour patrol of the island. Since there are no airstrips on the island, the Aerial Surveillance Service had no choice but to keep aircraft in the air adding to subsequent costs on fuel, according to the Ministry of Public Security.

“This is a historic project for Costa Rica’s national security in a very complex area,” Minister of Public Security Mario Zamora said. “We are recovering sovereignty and inserting a police presence in the most distant national territory.”

With the ability to monitor 30 nautical miles, the radar has cameras that can photograph boats suspected of carrying out illegal activities, Zamora added.

Cocos Island, just 23.85 km², was declared a National Park in 1978 and a World Heritage Site by the United Nations Educational, Scientific and Cultural Organization (UNESCO) in 1997 for its ecological richness.

For this reason, fishermen frequent the waters near the island to catch exotic species, according to the National Coast Guard Service.

Four vessels have been seized this year for illegal fishing compared to nine in all of 2013, according to the Ministry of Public Security.

Additionally, South American drug traffickers transit Pacific waters, especially the area between the island and the Costa Rican coast to move drugs northward, making the area a major security problem for the country, according to Zamora.

About 4.8 metric tons of cocaine were seized from January to April along Costa Rica’s Pacific Coast. In 2013, 18 metric tons were seized in the area, according to the Ministry of Public Security.

The US$3.6 million radar was financed by the Ministry of Public Security, the Ministry of Environment and Energy and the NGOs Forever Costa Rica and Conservation International.

The radar is part of an integrated maritime control and surveillance strategy to combat drug trafficking and illegal fishing.

“The strategy is made up of a network of 17 radars, of which 14 will be installed on the Pacific coast,” President Laura Chinchilla said recently. “Three of them will be installed in the Caribbean to find a way to establish electronic eyes that allow us to control our territorial waters, which are ravaged by illegal fishing and drug trafficking.”

The plan, released in March 2012, costs about US$14 million, according to the Ministry of Public Security. It aims to increase law enforcement operations against illegal fishing activities and to intervene in and dismantle major drug trafficking routes that cross Costa Rican waters.

It’s expected that once all of the radars are installed, they will be able to monitor a 150,000 km² area in both oceans between Panama and Nicaragua, according to Oswaldo Rosero of the Wild Aid NGO.

From ground control centers, information can be sent to neighboring countries and to those involved in Operation MARTILLO to intervene in situations as necessary, especially in cases of drug trafficking, according to the Ministry of Public Security. Operation MARTILLO is an international mission that gathers 14 partner nations to curtail illicit trafficking routes on both coasts of the Central American isthmus.

The strategy will take about four years to be completed due to legal requirements and budget issues, according to Zdenka Piskulich of the NGO Forever Costa Rica, which is working with the government to implement the plan.

In order to power the radar with clean energy, the Costa Rican Electricity Institution (ICE) is installing a hydroelectric plant so the radar system is powered with clean energy and the environment isn’t damaged, Piskulich added.