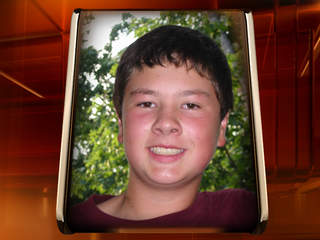 It has been more than two years since Justin Johnston was shot and killed in Costa Rica. His killer, a security guard who thought the teenager from Kansas was breaking into a hotel, is facing 15 years in prison. The retrial was ordered by the Appeals Court of San Ramon, province of Alajuela, under the doctrine of iuris tantum -rebuttable presumption. 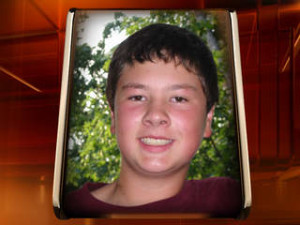 As explained by daily tabloid Diario Extra, the incident occurred on June 2nd, 2011. Johnston, a popular high school student from Kansas who was active in the track and baseball programs, was visiting Costa Rica as part of an educational trip. Johnston was part of the Spanish Club at McLouth High School, part of a group of 12 students.

Costa Rica is a popular destination for Spanish and Farming Clubs from U.S. schools to visit. In this case, the McLouth High School Spanish Club chose to stay at La Fortuna de San Carlos, one of Costa Rica’s most popular tourist destinations. Johnston and his school mates stayed at La Cangreja Hotel.

Security guard Jorge Guevara was responsible for the security of the installations and guests of La Cangreja when he shot at Johnston and a friend, who were walking around one of the hotel patios at night. Guevara thought they were thieves when he shot at them. During court proceedings, Guevara was found to have shot once into the air as a warning before shooting the boys and fatally wounding Johnston.

According to a 2011 report published by the Daily Mail, Johnston’s family are devout Catholics who have been deeply afflicted by the loss of a great kid. The following comes from Remembering Justin, an online memorial for a promising young man who is no longer with us:

Justin’s cheerful and friendly persona earned him countless friends. When he finished his sophomore year at McLouth High School, he was a popular student, active in cross country, power lifting and baseball; however, unlike many youths of this age, Justin was able to incorporate a healthy, spiritual balance into his social life. He was actively involved with St. Lawrence Church in Easton, Kansas […]

Justin was known and loved by hundreds, but on the tragic day of June 2nd, 2011, one man took Justin from this earth and broke the hearts of millions.

Agents from the Organization for Judicial Investigations (OIJ in Spanish) determined that Guevara did not have the required permits to carry an operate a firearm. The court has not presumed that Guevara willfully shot Johnston, but there seems to be a degree of culpability related to illegally carrying a handgun in a hotel that is often fully booked with young tourists.