Friday, April 22, 1991 was the 25th anniversary of the biggest recorded earthquake (temblor in Spanish) in the history of Costa Rica.

The earthquake was the strongest recorded in Costa Rica’s history, and was felt throughout the country as well as in western Panama.

The earthquake claimed at least 48 lives and more than 7,000 people were left homeless.

Roads all over the country were destroyed by the quake, including the highway from Limon to Sixaola, and some took many months to rebuild. Several bridges, including the Rio Estrella Highway Bridge, were completely destroyed. The much of the railroad system especially to Limon was destroyed in the Limon Earthquake and the cost was just too much to repair.

In the city of Limon, hotels and other landmarks collapsed and 1.85 m (6 ft 1 in) of uplift at the waterfront left coral and sand bluffs exposed. In Panama, extensive damaged also occurred in Guabito, Changuinola, Almirante and Isla Colon.

Despite the magnitude of the quake, an important reason for the relatively small damage as compared similar quakes in the region, such as the 2010 Haiti 7.0 earthquake that killed more than 100,000 people, there was much better building construction in Costa Rica.

Costa Rica was still recovering from yet another tremor that hit in 1990. The epicentre of that quake was the Gulf of Nicoya, on the Pacific coast. The quake wasn’t quite as destructive as the one that would strike one year later, but it did extensive damage to around 60 buildings in the Central Valley (San Jose  area and other parts of Puntarenas.

Costa Rica isn’t affected by earthquakes as much as some other countries, but these frightening events serve as potent reminders of the destructive power of nature.

From a post by Javi the Frog on the official Costa Rica tourism site, Javi the Frog’s Travel Blog, “the ground began to tremble! It was so loud and scary, that the other animals in the jungle and I didn’t know what was going on! Apparently, it was an earthquake, and I overheard the local townsfolk saying that the epicentre was located around 85 miles west of San Jose just off the coast of Samara. So, I did what any tree frog would do – I ran! When I eventually got to the nearest town, the earthquake was all over the news, so I went to find out what was going on.”

Costa Rica is located along the Pacific “Ring of Fire,” and as such is a highly seismically active country. Minor shakes occur nearly every day. Most go unnoticed, seldom felt and they are, it’s just part of every day living.

The city of Cartago, Costa Rica’s capital city at the time, was almost completely destroyed, and more than 1,000 people were killed.

The city was severely damaged by major earthquakes in 1822 and 1841. In 1963, a volcanic eruption of Irazu Volcano which for two years covered San José in ash badly damaged some agricultural areas around Cartago, but not the city. 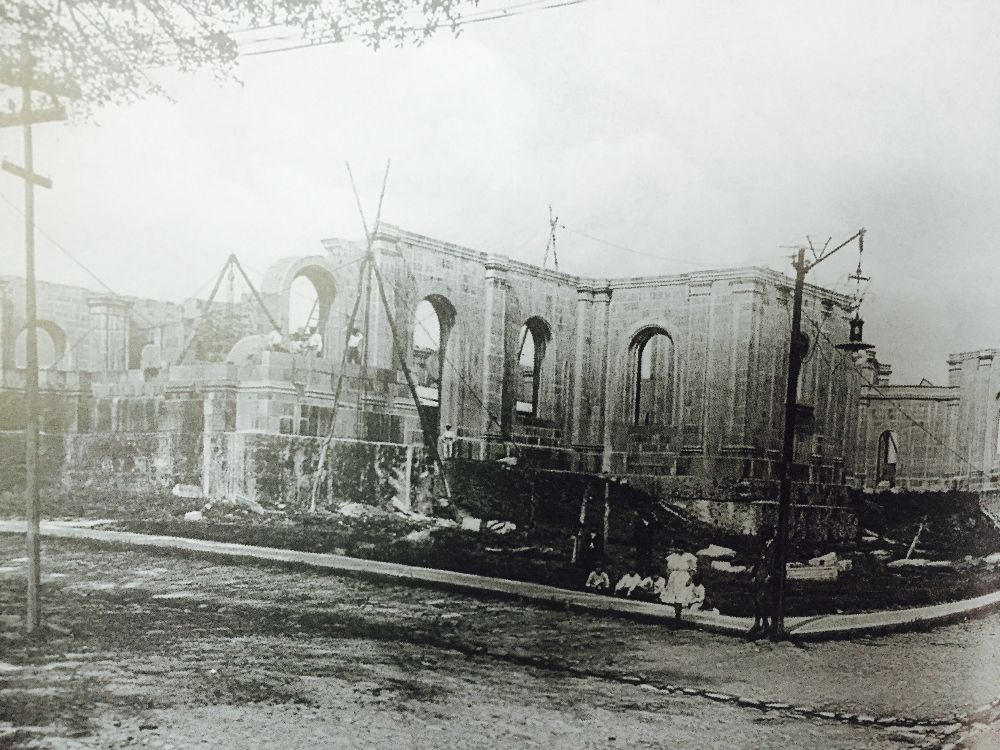 Many today visit the “ruins of Cartago“, but despite their beauty, they are not real ruins but an unfinished building, which was badly damaged by the 1910 earthquake and then interrupted.