Retiring to a Foreign Paradise Offers Pleasures, But Pitfalls As Well 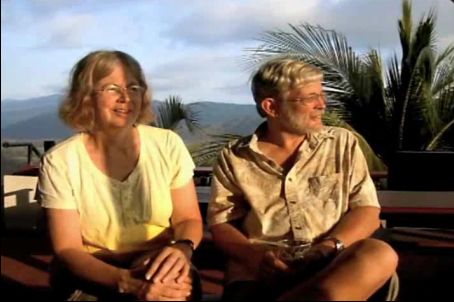 From The Boston Globe / NOSARA, Costa Rica — To get to Joe and Helena Wygal’s home in this surfing outpost on Costa Rica’s Pacific coast, put your vehicle into four-wheel drive and prepare for a bumpy ride. Cross the gurgling waters of the Rio Nosara — there’s no bridge — and make your way, very carefully, up a near-vertical ascent to the whitewashed hilltop retreat the former Somerville natives now call home. When you arrive, captivating vistas of rolling hills, mountaintops, and expansive ocean greet you.

The Wygals, who packed up their Massachusetts lives and relocated to Costa Rica in 2005, are among the more than 1 million Americans who have found their piece of retirement heaven abroad. Lured not only by the prospect of sunnier skies and palm-lined beaches, the chance to live a life of comfort — or even luxury — for less is enticing many retirees to take a look at foreign locales.

The Wygals, for example, live in Costa Rica on a budget of around $2,000 a month — including a gardener and housekeeper. They bought their custom-built home and its 2-acre lot for just under $100,000. Their furniture, handmade from native hardwoods by a local artisan, cost half of what it might have stateside, they said.

But the best thing about life in Costa Rica, the Wygals say, isn’t the low cost of living, but the spectacular natural setting. “Instead of the traffic in the morning, I wake up to the sound of howling monkeys,’’ said Joe Wygal. “It’s like a little symphony.’’

The Wygals first visited Costa Rica in 1989 and fell in love with its natural beauty and welcoming people. When the time came to buy property, they decided on Nosara, where surfer dudes, yoga enthusiasts, and a growing community of retirees mingle. An estimated 40,000 to 50,000 Americans live in Costa Rica.

Once they were settled, Joe Wygal, 64, the former owner of the Arbor House Bed and Breakfast in Somerville and a craft beer enthusiast, got to work building a small, English-style pub on the property. The pub, called the Black Sheep, is open only on Saturdays for members and their guests.

Complete with a gleaming bar of local hardwoods, Tudor-style walls decorated floor-to-ceiling with European beer paraphernalia, and casks of hard-to-find brews, the pub has become a favorite watering hole of the expat community. With patrons spilling onto the outdoor patio, the Wygals can accommodate well over 100 people.

“I wanted to take what was important to me down here,’’ said Wygal, who operates the Black Sheep as a not-for-profit business. “We do it for fun. It’s one way to form your own community.’’

While the economic advantages of retiring abroad can be many, it’s best to investigate carefully. Cost of living can vary widely depending on location. The Wygals, who traveled back and forth to Costa Rica over the course of more than a decade, recommend that others seeking to retire abroad visit the country more than once — and visit often.

Another consideration: Medicare doesn’t cover US citizens once they’ve crossed the border. Nonetheless, savings on health care can be significant. Depending on where you settle, you may be able to join your adopted country’s national health care system, according to American Citizens Abroad, a Washington-based organization that advocates for expatriates.

Even if purchased out of pocket, health care in many of the countries where retirees tend to relocate tends to be very affordable. Doctor’s-office visits, hospitalization, and medications are often a fraction of the US cost.

But it isn’t all good news. US citizens are still required to file federal income taxes no matter where they reside — although there are exemptions for some income earned abroad. As for foreign taxes, specialists say, it’s best to check with a local tax attorney to be sure you understand what’s in store.

In addition, culture shock, language barriers, and estrangement from friends and family can all be factors that adventurous settlers never bargained for. The Wygals advise that if you’re not patient and ready to deal sensitively with differences in culture, cuisine, bureaucracy, and business, don’t move to a foreign country.

The Wygals are already looking ahead to the future. Helena Wygal, 60, still spends three months of the year working as a psychiatric nurse at Beth Israel Hospital in New York, but wants to completely retire from nursing within a year or two. And while they’ve enjoyed the seclusion of their hilltop paradise, they are planning to move closer to San Jose, the capital, for easier access to medical care, goods, and services as they get older. With their home — and the Black Sheep Pub — up for sale, the Wygals are enjoying what may well be their last season in Nosara. But after five years living abroad, they consider their adopted nation to be home.

“We’ll always be faithful American citizens. We’ll pay our taxes and keep our passports,’’ said Joe Wygal. “But we always plan to stay in Costa Rica.’’

- Advertisement -
Paying the bills
Previous article1.200 Students in Costa Rica’s North Cannot Get To School Due To Bad Roads
Next articleEDITUS We don’t have an army but we have violins

Q TRAVEL - Within the framework of Dog Day,...
Politics