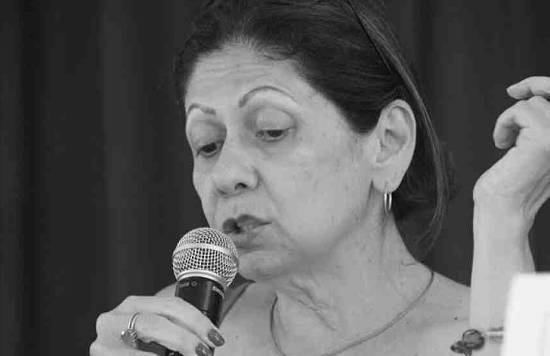 By: Henry Morales Navarro, Vozdeguanacaste.com – Roxana Muñoz Rivera, the 49-year-old educator candidate, was born in Liberia. She has a BA in psychology and a degree in teaching psychology from the University of Costa Rica.

She is currently director of Liberia’s night school and was a substitute council member in the municipality of Liberia from 2006 to 2010.

Muñoz clarified that the role of a legislator is to legislate, to implement law projects from a national perspective, and that the role of managing the laws is the responsibility of the corresponding institutions.“What happens is that people see us as people who manage public works,” she said, specifying that what should be done is to strengthen these institutions so they have higher performance in their functions.

“At one time there were what was called specific line item budgets that only served to drop crumbs in Guanacaste: bridges here,sewers there, but that’s over. Now the idea is a more comprehensive development within a countrywide vision.”

She believes that Guanacaste has an exclusive development; in other words the resources produced in the province do not benefit its residents but rather the large multinational businesses, hotel chains, car rentals, chain stores and restaurants, etc.

The candidate says that it is necessary to strengthen private enterprise to create permanent jobs and to strengthen public institutions to improve services such as health, education and public works. She lamented the situation facing the cantons of Liberia, Bagaces and La Cruz regarding water pollution.

She indicated that this is a serious health problem that needs urgent intervention. On the other hand, she commented, “I am almost 50 years old and I feel frustrated to see a Guanacaste with the abused province syndrome… and people continue supporting these aggressive parties that have us immersed in poverty.” Muñoz is looking for an opportunity through the Citizen Action Party to reverse the situation in the province.

The gambling industry has prospered over the years and...
Nicaragua