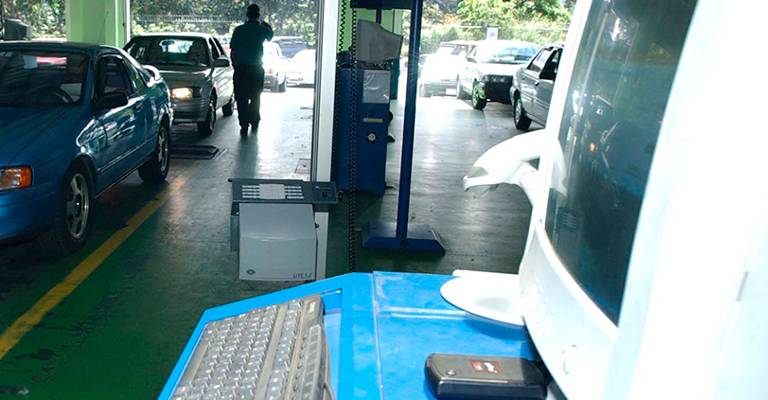 (QCOSTARICA) —  Good news from the folks at the Riteve, the vehicular inspection service, who say that for the first time in its 11 year history, the percentage of fails on first inspection declined by 23 percentage points.

The main cause of failures (rejections as Riteve likes to call it) are gas emissions, brakes and tires.

According to Riteve, they estimate some 114.495 vehicles, of which almost half (49%) were motorcycles, evaded the inspection. These are vehicles that are circulating without the inspection. In that number also includes vehicles no longer use and have not been unregistered.

Mayorga said that in a survey conducted by the company, the majority of users responded that they think the vehicle inspection is necessary to detect major problems in vehicles.

Both new and used vehicles must be submitted to an inspection as part of the registration process.

Riteve is the only vehicle inspection service (a monopoly) in the country and has the concession until 2022.

- Advertisement -
Paying the bills
Previous articleWhy So Surprised?
Next articleFIFALI

QCOSTARICA - Six out of ten people in Costa...
Economy