Roadside Riteve Inspection Does Not Replace The Annual Inspection

Traffic authorities clarify that these are routine operations; vehicles with faults will be fined but they do not lose the Riteve 'sticker' 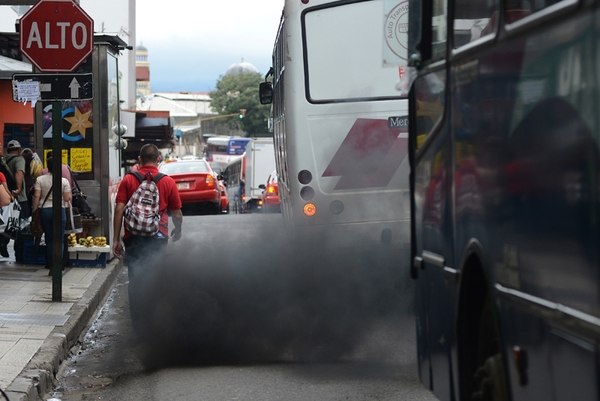 The Ministry of Transport has cleared up doubts of drivers asked by a Policia de Transito official (traffic police office) to submit to a roadside vehicular inspection that began last week on the major roads of the greater metropolitan area of San Jose.

Is it true that if an transito (traffic officer) stops me at one of Riteve’s mobile stations I can lose the sticker?

That is the most frequent doubt that Riteve has had to answer since last Thursday when they began to work with the Policia de Transito, operating the mobile inspection equipment.

“It is not true that Riteve (vehicular inspection) is done roadside. The inspection is annual (twice yearly for taxis) at the stations. A vehicle with the current sticker and submitted to a roadside inspection will not lose it for any reason,” explained Jennifer Hidalgo, spokeswoman for Riteve.

The roadside inspection is at the request of a Transito who eyes a problem with a vehicle and requests the Riteve personnel to do a test for a specific item, ie tires or exhaust emissions or even a broader inspection. If a defect is found, the driver is fined according to the provisions of the Ley de Transito (Traffic Law), but not in any way affect the status of the sticker.

However, stresses the deputy director of Transito, Alberto Barquero, the roadside inspection request is not optional. Refusing to submit to a request is like refusing to provide a driver’s license when an officer requests it

“The Ley de Transito establishes the obligation to stop at the moment the police require it for anything,” said Barquero.

So, for example, if a car is circulating with say a burnt out headlight (or tail light) the driver could be fined with ¢47,000 colones; if the gas emissions exceeds the established limits, the official, in addition to a fine of ¢306,000 colones, may even confiscate the license plates and or vehicle.

The vehicle would still retain its original sticker period, but the driver is fined for being behind the wheel of a vehicle that is currently with defects, even though the now defect was not at the time of the inspection.

The aim is to eliminate vehicles that are not maintained and/or altered for the inspection and to reduce traffic accidents.

An example of an altered condition is the renting of tires (yes, it is a real thing) for the Riteve inspection, which are then replaced with the less than optimal tires that would have never passed the inspection.

Barquero explained that the equipment and Riteve personnel allows the police official technical support of his suspicion.

The roadside inspection can take up to 15 minutes max if multiple tests are carried out, according to Jennifer Hidalgo.

“When we do the tests, we give the officer the result and the officer evaluates on what action to take. It is very likely that the officer will decide to a fine if it is for tires in poor condition, but there are other cases such as ‘rotulas” (ball joints) that is not a defect in the law, in which cases officers would recommend to the driver the need to have it looked at,” the Riteve spokesperson added.

The two mobile inspection units are valued at US$100,000 each and will operate in different routes.

The decision of the location and time and if there is a priority target, for example, big rigs, according to the dynamics of the traffic conditions.

Almost 120 thousand time bombs on the streets of Costa Rica

QCOSTARICA - Some blame it on the pandemic, their income has...
Read more