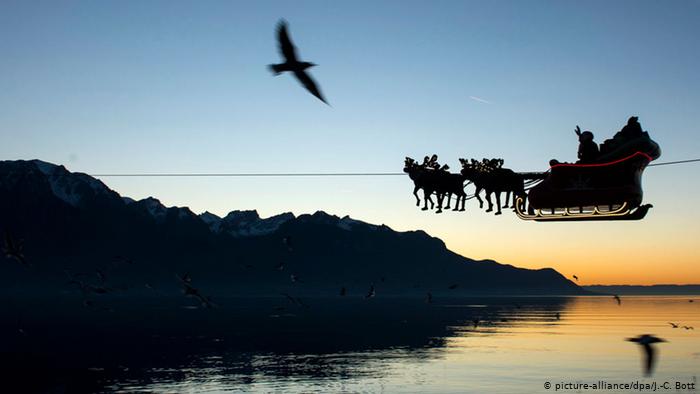 For centuries his mission has been holy — on December 6, St. Nicholas comes to Europe to bring sweet treats to all the good children. No path is too far, and he even manages to be everywhere at the same time.

5. Out and about with staff and miter

Saint Nicholas was a 4th-century bishop who lived in Myra, a town in what is today Turkey. According to legend, this son of rich parents gave his entire wealth to the poor. This made him the forerunner of Father Christmas or Santa Claus and Germany’s Christ Child, as well as becoming a symbol of the Christmas season.

Saint Nicholas was used by a cola company in 1931 in the United States to advertise their beverage, showing him in what has become the accepted attire of all red with white trimmings. These days those outfits must be flexible enough to withstand sporting activities, like the Father Christmas race in Michendorf in the German state of Brandenburg.

3. Cold feet are not a problem!

At the annual global conference of Father Christmases in the Danish capital Copenhagen, hundreds of men and more recently an increasing number of women, from 15 nations ready themselves for the busy and stressful festive season. A bracing dip in the water can only help boost energy.

St Nicholas can be flexible when it comes to mode of transport. On a bike in Germany, on a sleigh drawn by reindeer in Finland or on the back of a dromedary like here at the Red Sea in Egypt — and thanks to his white beard, fur-trimmed coat and hat he is also recognized in Muslim countries.

How St. Nicholas or Santa Claus manages to be in lots of different places around the world at the same time will remain a mystery. But one thing is known that he will return next year and stay on course when flying across the sky, like here over Lake Geneva. 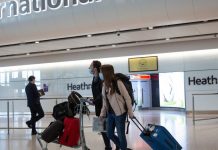