The capital city of Costa Rica has been ranked among the top five loveable cities in the world by respected British publication Monocle. San Jose is right up there with Colombo in Sri Lanka, Palermo in Italy, Tel Aviv in Israel, and Chiang Mai in Thailand. Since San Jose gets a lot of flack from locals, tourists and expats alike, so it is a bit surprising that it would be characterized as loveable by editors of a magazine based in London, which is a truly grand and loveable city on her own.Before anyone rushes out to dismiss Monocle’s love for San Jose, let’s get to know that magazine a bit:

“Monocle is a global briefing on international affairs, business, culture and design headquartered in London.

In print Monocle’s 10 issues a year are dense, book-ish and collectable and call on a global team of staff editors and over 30 correspondents from Beirut to Milan, Washington to Singapore.”

Now, let’s look at their criteria for what makes a city loveable:

“They might not be slick or smart, they might be a bit dusty in the corners or a nightmare to navigate, and they won’t be making our top 25 most liveable cities list any time soon. But who cares? One thing they are not, is boring.”

Loveable, not liveable; therein lies the difference. This is something that was explored at length by Carolina Ruiz Vega and Alonso Mata Blanco of national newspaper La Nacion. To this end, Mr. Mata, an expert in all matters pertaining to San Jose, pointed out that the capital city of Costa Rica is indeed fascinating, but it can only be made loveable by her denizens -the same who answer positively when the international happiness pollsters come around.

Costa Rica is certainly loveable, but what about her capital city? Some would say San Jose is not quite loveable, but certainly visceral. One of the slogans used by the National Tourism Board (ICT in Spanish) for Costa Rica is “No Artificial Ingredients.” For San Jose it should be something like “You Wanted the Kitchen Sink? It’s in There, Too.” Let’s not forget that former Mayor Johnny Araya wanted to incorporate some features of New York City into San Jose.

What is certainly adorable about San Jose is that her periphery features include some really great places to enjoy. Forget about Downtown and Chinatown; one needs to travel just outside of the city to learn how loveable she can be. Here are three places that beg to be visited in this regard:

Located just one hour west of San Jose, there is an amazing place where yoga, wellness, bird-watching, relaxation, and adventure come together in a pristine mountain environment that enjoys great weather the entire year. This pretty eco-resort features private casitas rather than stuffy hotel rooms, an infinity pool with one of the best views in Costa Rica, healthy and delicious meals, spa services, and a focus on holistic wellness that is unmatched around the country. Although AmaTierra is just miles away from San Jose, the difference is night and day.

At the AmaTierra Retreat and Wellness Center, Mother’s Day is a very special occasion for both staff and guests. AmaTierra is the premier holistic yoga retreat in Costa Rica, and a significant portion of guests are mothers. For this reason, AmaTierra is offering a one-day promotion to celebrate the most endearing members of our families on their own, special day. Click here to visit the special Mother’s Day promotion.

Being inside the heart of San Jose can be a chaotic experience, which begs to wonder: How does it look from afar? One of the best places to appreciate San Jose from a distance is located near Desamparados. Parque de la Paz (Peace Park) was designed by the same urban planning team that created La Sabana. It features nature areas, walking trails, lakes, plenty of trees, picnic areas, athletic fields and courts, plus a hill and small observatory where you can see that San Jose is actually a small city dwarfed by the mountain range that surrounds her. 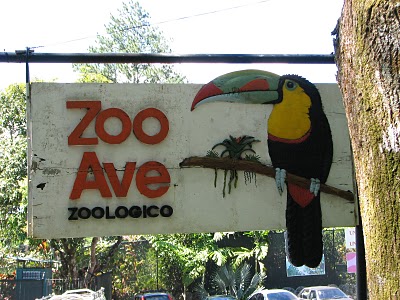 One actually needs to travel outside of the province of San Jose to get to this amazing wildlife rescue center in La Garita, province of Alajuela. Sounds far, but it is not. You can jump on a bus going to Atenas and be there in 40 minutes. Zoo Ave cares for abused and neglected wildlife species such as birds, sloths and spider-squirrel monkeys, but they are also an educational center for the entire family. They have their own forest where they transfer some of the animals that cannot be released into the wild. This is a true gem of Costa Rica, and is located in an area where you can find plenty of restaurants that offer delicious local cuisine.

Costa Rica has some of the best beaches in the world. The coastline is blessed with golden sand, beautiful palm trees, and perfect blue...
Business