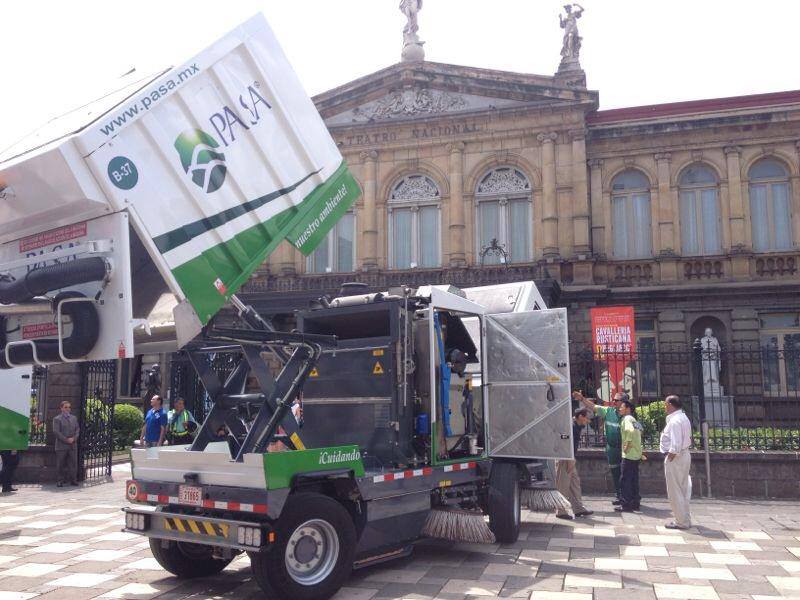 Two mechanical street sweepers will be keeping downtown San José clean. At a cost of ¢60.0000 per hour, the machines that make their debut today, will be working from 10am to 6pm daily.

San José mayor Johnny Araya said that no worker will be replaced by the new machinery.

The city of San José, from one corner to the other, is kept clean by a crew of street sweepers with stick brooms and
wheelbarrows.

The machinery will be operated by environmental promoter PASA, a Mexican company, which already has a contract for garbage collection with the municipality.