QCOSTARICA – The east side of San Jose was the most affected by the heavy rains, with heavy thunderstoms and flash flooding hitting the Central Valley Tuesday afternoon. In addition to property damage, the storm also took the lives of two people, a woman and a young child.

In  San Rafael de Naranjo, Marlene Castro Barrantes, 38, was buried alive when a landslide fell on her house, directly over her bedroom. She was in the bedroom at the time, around 6:00pm, and had no chance of escaping the mud and water falling her, according to Cruzrojistas (Red Cross rescue workers).

In Páramo de Pérez Zeledón, some 30 kilometres from San Isidro, moments after 5:0pm, the rains overcame a young girl, only 18 months old, when she was with her family returning from picking coffee.  The body was recovered 90 minutes later.

In San Pedro Montes de Oca, the Universidad de Costa Rica (UCR) parking lot became a lake. In Barrio Lujan, in Yos Loses, Barrio California and many other communities, the roads were converted into rivers when the storm sewers could not handle the volume of water.

The Torres river that flows on the north side of downtown San Jose overflowed it bank, causing flooding in many communities, including Tibas and Moravia. In Pavas, in the Bajo de Ledesma, the road from Plaza Mayor to La Uruca, traffic was complete blocked when the river overflowed the bridge.

In downtown San Jose, on Avenida Segunda, in front of the entrance to Barrio Chino, once again the storm sewers could not handle the volume of water.

Other communities affected were in Desamparados, Aserrí, Alajuelita, Escazú, Montes de Oca, Tibás andGoicoechea. Outside San Jose, flooding and damage from the heavy rains were reported in Cartago, Alajuela and Heredia.

According to Eladio Solano León, of the Instituto Meteorológico Nacional (IMN) – national weather service, the most intense of the storm was between 2:00pm and 4:00pm. 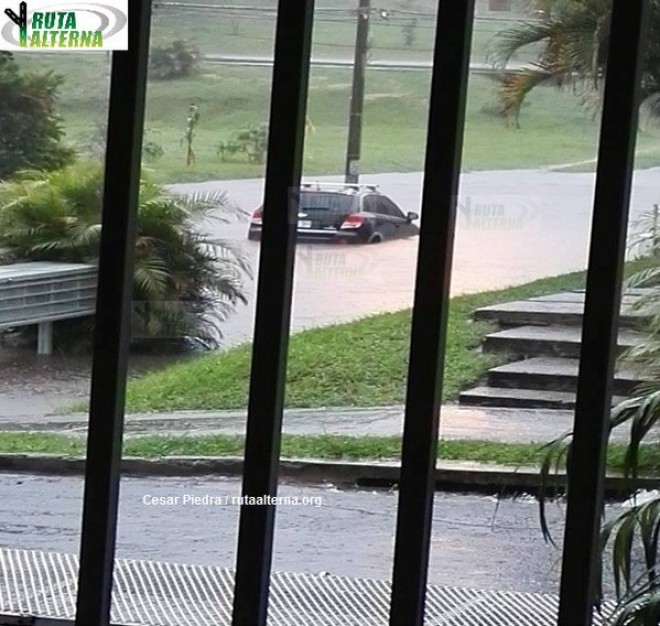 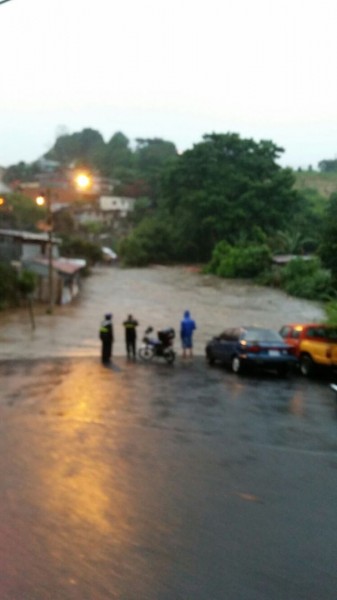 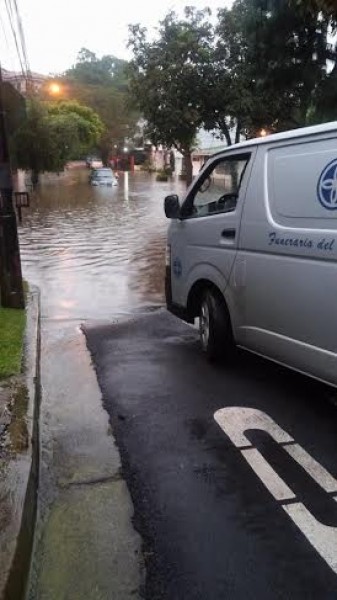 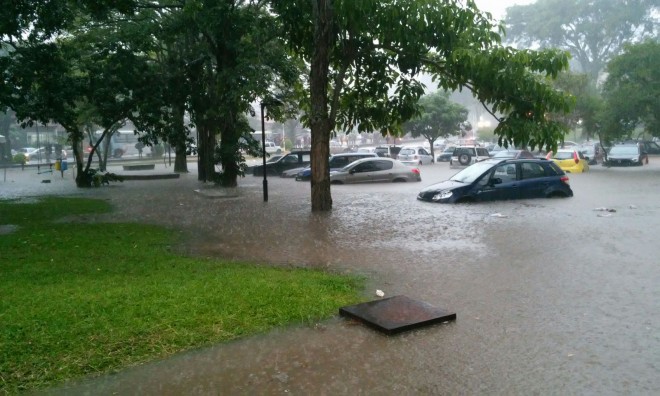 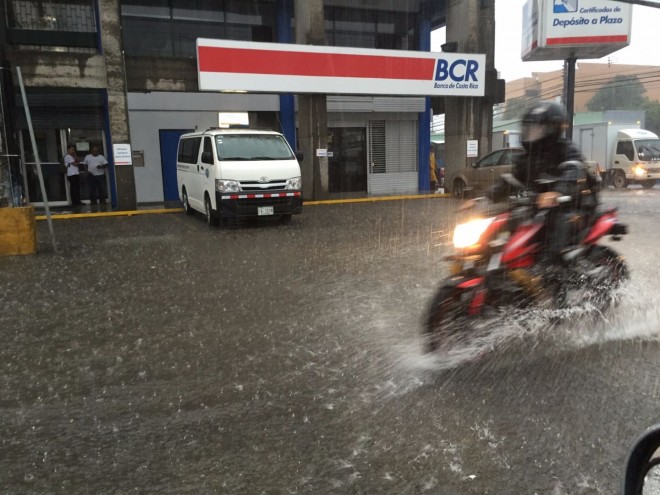 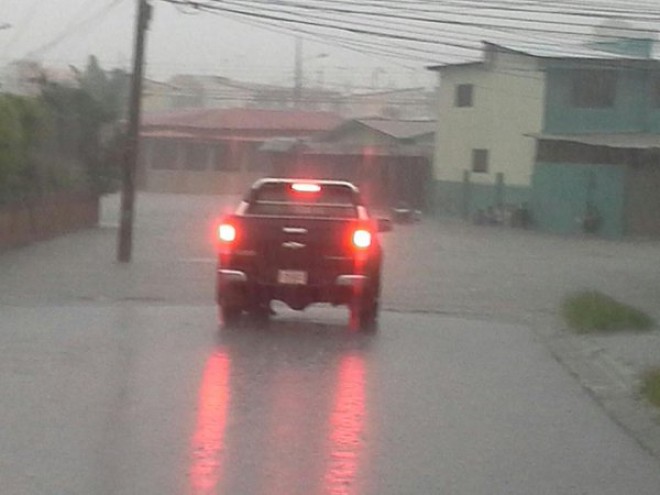 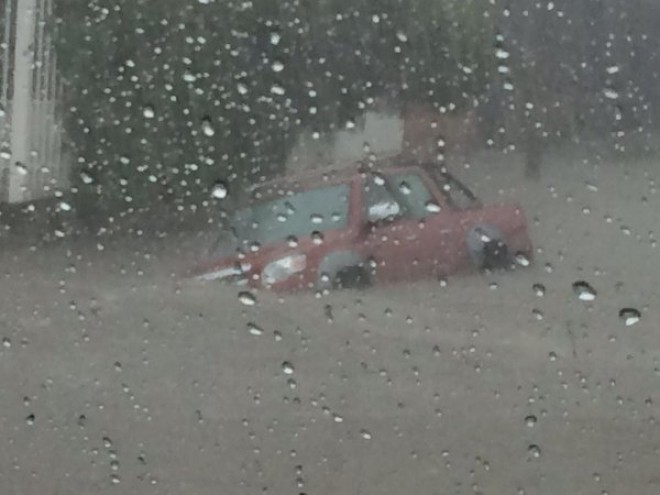 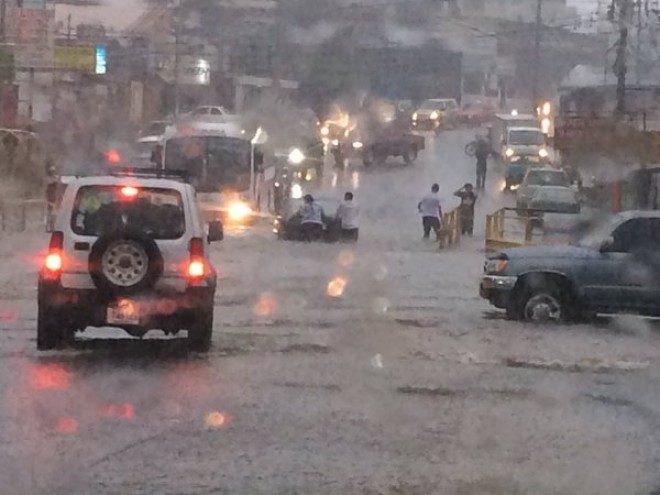 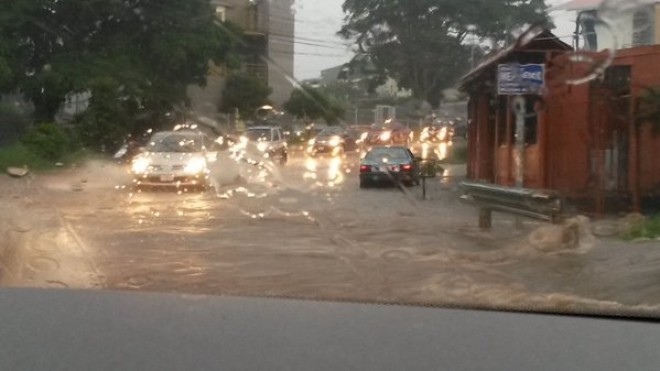 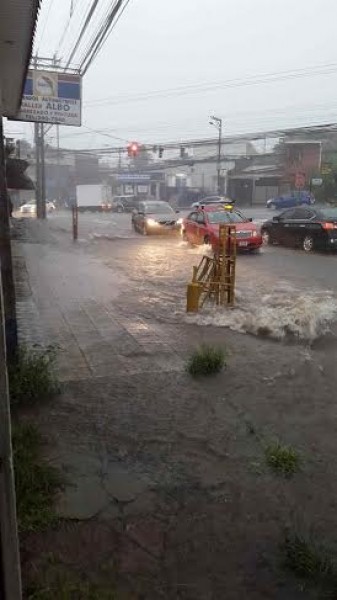 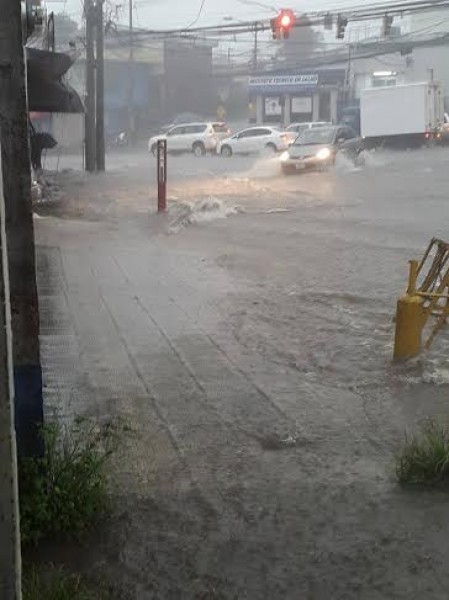