This report is satirical whose sole purpose is entertainment. All content is fictional and does not correspond to reality.

From the VATICAN ENQUIRER – In an effort to reduce gasoline prices in Costa Rica, a country with the highest gasoline prices in Central America, the government has proposed a decree that would legally be acceptable for one liter to be really be 900 milliliters. 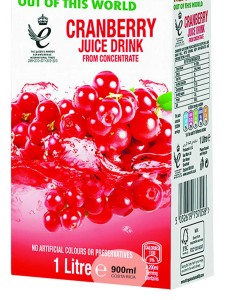 Under the proposal when applied to gasoline prices, a customer buying a liter of gasoline would actually get 900 milliliters  pumped into their tank.

The change would allow the government to reduce the price of a liter of gasoline. “Yes, some people will figure it out, but the people are idiots, they don’t pay attention to little details, like how much gasoline they are actually getting,” said a state refinery official that spoke to the Enquirer on the basis of anonymity.

What this means is that the price of the pump will take a 10% or more drop, “depending on how calculate things,” according to the official.

The controversial proposal is getting a lot of attention from private sector, since it is not only for gasoline, but can be used in measurements of milk , for example.

An official at the country’s consumer advocacy group said they have no objection as long as the labeling is correct. According to the official, there is no problem in labeling a carton of milk “1L” as long as somewhere on the package the consumer is told that the content are really 900ml.

HQ - Kimberly Suárez, the Fuerza Publica police officer, who on January 9 was shot to the head while attending a case of domestic...
Honduras

Q24N - Tegucigalpa, Honduras. The Honduran Congress, with a conservative majority, approved Thursday a reform in the Constitution to toughen the abortion ban, in...
Pura Vida

QCOSTARICA - Leafcutter ants are ubiquitous in Costa Rica, except for the higher elevations. They are known commonly as zompopas. In some countries they are...
Health

QCOSTARICA - The contagion rate, also called the R rate, of covid-19 in Costa Rica has dropped significantly from last week, 25.8%, and to...
Coronavirus

You may not know it, but you have an army of microbes living inside of you that are essential for fighting off threats, including...
Health

QCOSTARICA - The Ministry of Health and the Costa Rican Tourism Board (ICT) joined forces to provide facilities to people who want or need...
Reports

The worldwide pandemic has devastated the world’s health care systems. Poorer and underdeveloped countries have especially been hit hard by the current health crisis. For...
News

QCOSTARICA - The Legislative Assembly must approve the US$1.75 billion dollar "soft" loan from the International Monetary Fund (IMF) no later than the beginning...