Scarcity is the only item in plentiful supply across Caracas 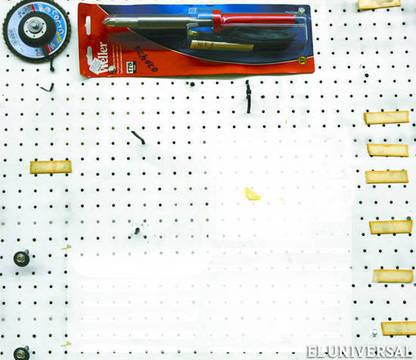 QVENEZUELA | A woman walks into a salon. Her usual hair dye is simply not there. She is told that pretty soon not even nail polish remover will be available for sale. She has just climbed up and down 14 flights of stairs in a Caracas private clinic because the elevator was out of order. She was denied her credit card renewal at her bank for lack of plastic. Her husband’s car has been sitting idly by for months for want of a spare part. 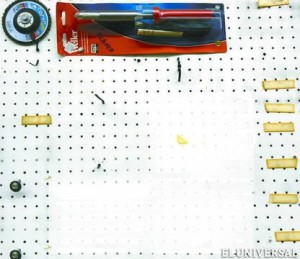 Scarcity does not involve food or medicines only. It permeates every aspect of Caraqueños’ life: dead street lights in the neighborhood; the elevator in the building that has been out of service for a while; the escalators in underground metro stations and shopping malls that won’t be set in motion; malfunctioning ATMs; point-of-sale terminals not working properly; a condo owners association being unable to get replacement parts for the building’s water pump.

The dollar shortage not only impacts importers and big business but also each and every Caraqueño. It impacts public services, like firefighting and rescue and emergency services (no imports of defibrillators used during ambulance transportation have been made for months).

The pinch is felt by virtually every professional in their area of expertise. Engineers are burdened with shortages of printer cartridges and plotters, materials used in hand-sketched designs, indelible ink marker pens in all their varying colors and thicknesses, professional set squares and rulers. Journalists are beset by crippling printing paper shortage threatening newspaper printing presses to screech to a halt within the coming weeks. Builders face cement and rebar shortages. Nurses lack disposable gloves and paper rolls used to line and protect couches.

The more inflation, the more shortages

According to economist Henkel García, the current shortage crisis stems from a series of bad decisions made in the recent past, like the central bank’s financing of state-run oil firm Pdvsa, skyrocketing public sector spending, the subsidy on gasoline, or raising the minimum wage by decree without increasing productivity.

He says the government is in a tight spot right now. To tackle scarcity it will have to remove exchange control restrictions (a mechanism that has always ended up mired in corruption, thus falling into disuse virtually around the world), or bringing the exchange rate closer to that of the market, a move which amounts to devaluation, with all the consequences it entails in terms of inflation and the significant drop in real purchasing power.

So far the government has proven unable to control inflation, opting for more shortages. In other words, it just keeps putting the problem off. And the longer it puts it off, the more severe the shortages.

García says that the government must not only implement adjustment measures, but also correct the serious substantial errors made in order not to end up in the same situation again later on.