She had an appointment for 2023, but now she must be attended to it in less than three months

Imagine having to wait weeks for a medical appointment. What about months? And Year? Or four years?

That was the case of a young woman identified only by her last name Chacón, suffering from severe back pain, having to face the reality of waiting four years to see a specialist.

For that she decided to file a “Recurso de Amparo” (appeal) with the Sala Constitucional (Constitutional Court) – commonly known as Sala IV – asking the magistrates to intervene in her case.

In her appeal, she cited the recommendation of the emergency department of the Hospital San Rafel de Alajuela that she see a specialist, and to her surprise was given an appointment for October 12, 2023 (no misprint).

Mario Alberto Zamora, the lawyer representing the young woman, pointed out to the magistrates that the appointment given was disproportionate and that the woman was being treated inhumanely and her rights to health services were being violated.

In February, the young woman visited the emergency room at the Alajuela hospital and was diagnosed with post-trauma back pain/scoliosis (lateral deviation of the spine).

In the April 9 resolution, the magistrates ordered the Caja Costarricense de Seguro Social (CCSS) – social security –  to attend to the young woman within a period of not longer than three months and to pay damages.

In their ruling, the judges noted that since 2012 there has been an increase in the number of cases of appeals filed for violation of the right to health services.

Long lines and long waiting periods for appointments at public hospitals are a common occurrence. Recently, the Constitutional Court ordered the CCSS to submit a plan for the reduction of waiting lists, in a period no longer than six months.

Important to note, anyone can file a Recurso de Amparo without the need for legal representation (lawyer) or formality. An appeal can literally be handwritten on a napkin and be accepted by the Constitutional Court.

Last year, during the teacher’s strike, an 11-year-old girl filed a recurso de amparo to have the Constitutional Court to order her teacher back to work. 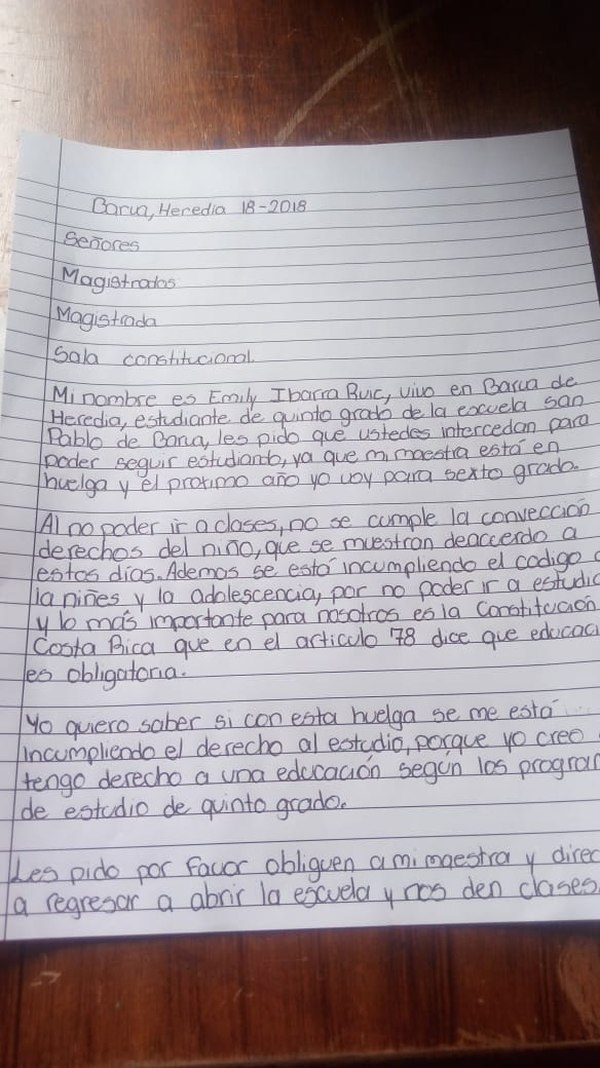 QCOSTARICA -Any business establishment, whether it is a restaurant, a clothing...
Read more

Q24N (DW) The United States has announced a series...
Infrastructure