For a lawmaker, it is as natural as breathing. Sin: if you can’t beat it, tax it. Actually, there already is a tax on those pay-by-the-minute motels and rooms, but it is nearly uncollectable.  National Liberation Party lawmaker Annie Saborio wants to simplify it. 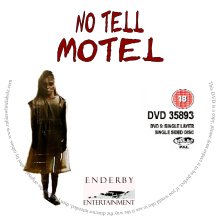 She maintains that the current 30% tax on for limited use rooms just isn’t turning up the revenue for the government. So she has turned in a bill that would tax hotels and motels with a flat rate for the number of rooms instead of occupancy.

A flea-bag hotel, a strip joint with a cubby hole for fun and games, or a no-tell motel will under-report the number of guests who seek entertainment there, but there is no way the management can hide the number of rooms, she says.

And when the same room is used by several guests several times in the same night? Other than stationing a counter on the fire escape and one in the lobby, there’s just no way the tax collectior can tell.

The current tax system works for legitimate tourist hotels because they have have everything they need to back up their use figures — passport numbers and such. But sleazy hotels and motels — not so much.

This is not the only bill Saborio has presented. Another one under examination by lawmakers would force all motels to install a mechanical or electronic device on the door to each room.

Revenues produced by the new bill, should it become law, would be directed to the alleviation of poverty.

QCOSTARICA - The disappearance of the taximeters (popularly known as "marías") will not be immediate despite the new mobile application that will manage services...
Infrastructure

QCOSTARICA - Driving the 50-kilometer concrete highway between Cañas-Liberia, inaugurated five years ago and already showing signs of deterioration, is now free of tolls. But...
Politics

QCOSTARICA - Almost a million people aged 58 and over, throughout the country, are targeted by the Caja's health centers to be vaccinated against...
Political Economy

QCOSTARICA - The restrictions for travelers imposed by the United States, Canada, Mexico, France, Spain and the United Kingdom, six of the main sources...
Health