(QCOSTARICA) – Loading with drugs in Colombia, bringing it into the country and then storing it in a rented a luxury home and then moving them forward to Mexico and presumed the U.S. as the final destination, was the modus operandi of a group composed of Colombians, Mexicans and Costa Ricans, taken down on Friday by authorities.

According to the police report, the suspected leader of the group, a Mexican (identified by his last name Gomez), was arrested in San Rafael de Heredia, Friday morning, leading authorities to the posh home, where inside they found 213 kilograms of cocaine, US$216,415 dollars and ¢8,000 colones in cash and several weapons, including a machine gun and three luxury vehicles. 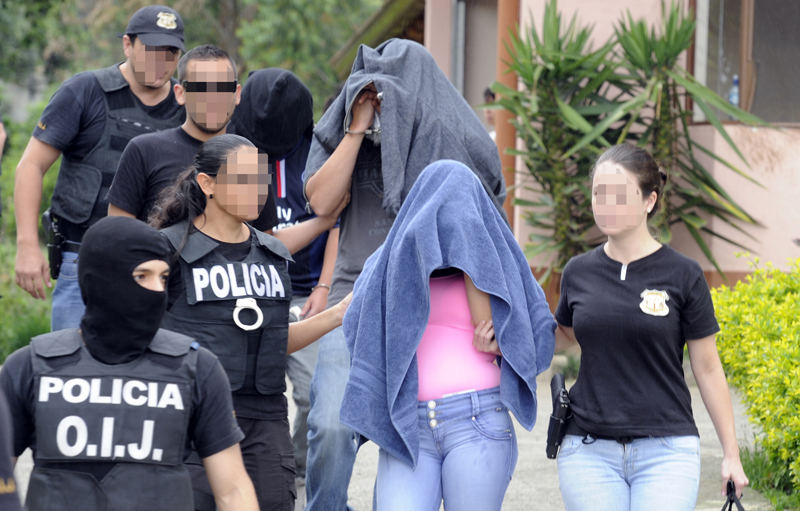 Authorities say the house was being used as warehouse and packaging centre, evidenced by packing materials found in the home.

The police report says the group would meet at the jewellery store in San Pablo de Heredia, owned by the Colombian member of the group, a man identified by his last name Cardona, who was also arrested.

Authorities would not reveal any more information. “We want to see if we can link more people both inside and outside the country,” Campos said.

The fall of this group started last Wednesday, with the arrest of a Mexican (Cazares) linked to the Sinaola cartel, with 47 kg of cocaine in his vehicle.

But the Organismo de Investigation Judicial (OIJ) says the investigation started several months ago with information by the Drug Enforcement Agency (DEA) in the United States.