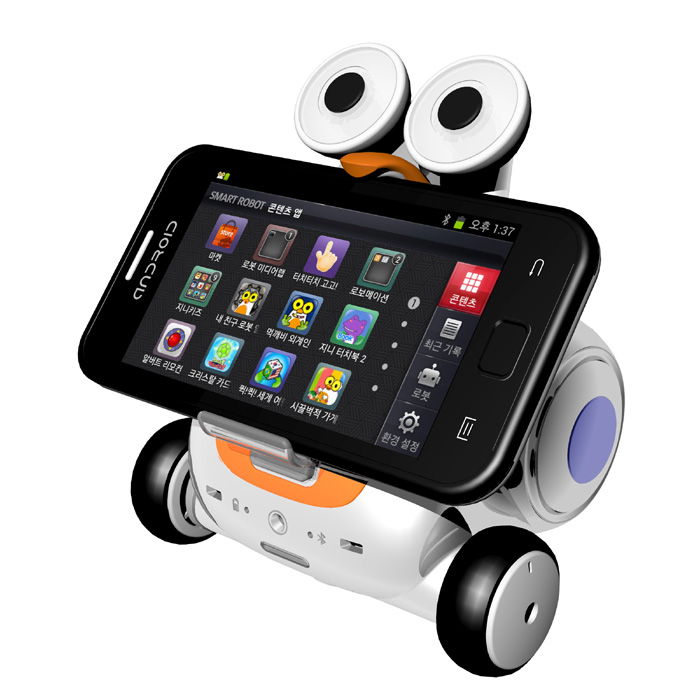 QCOSTARICA – SK Telecom announced the signing of a collaboration agreement with the Inter-American Development Bank (IDB) to jointly launch a pilot project in Costa Rica to enhance children’s learning capacity in mathematics.

Under the agreement, SK Telecom will provide “Albert”, its smartphone-powered education robot, to be utilized in 300 preschool classrooms to make learning more effective and interesting for children.  The company will also provide technical expertise and capacity building in the use of education technologies.

This project has been launched as part of the IDB’s efforts to improve mathematics and science skills of children in Latin America and Caribbean.

In the US$2.4 million deal reached in Washington, SK Telecom will provide 1,500 robots to the Costa Rican education ministry in the next three years, which can be used by some 600 teachers and 6,000 students.

SK Telecom and South Korea’s Ministry of Trade, Industry and Energy will foot $750,000 of the total, with the IDB to provide $1.5 million and Costa Rica to come up with $150,000, which will be used to train teachers on how to use the Albert robots built by local robotics company Robomation.

“At the IDB, we believe in the power of innovation to address the most pressing development challenges. By bringing this cutting-edge technology to Costa Rica’s early math space, SK Telecom is helping us to inspire an early passion for education in Latin America and the Caribbean’s (LAC) children,” said Bernardo Guillamon, Manager of the IDB’s Office of Outreach and Partnerships.

SK Telecom will take this as an opportunity to improve the educational environment for not just the Cost Rican children, but also children around the world,’ said Park Chol-soon, Senior Vice President and Head of Convergence Business Office of SK Telecom. ‘We will continue to make efforts to create a more effective learning environment through expanded provision of smart robots and active development of smart robot-based interactive learning contents.’

The Inter-American Development Bank ( IDB) is the largest source of development financing for Latin America and the Caribbean. Established in 1959, the IDB supports Latin American and Caribbean economic development, social development and regional integration by lend-ing to governments and government agencies. The Bank is owned by 48 sovereign states, which are its shareholders and members.

QCOSTARICA - The Ministry of Health issued a new guideline on Thursday that establishes the requirements to request the vaccination certificate against covid-19 in...
Weather

QCOSTARICA -  In yet another system-wide failure in the immigration check-out, passengers looking to leave Costa Rica Monday morning by way of the Juan...
Coronavirus