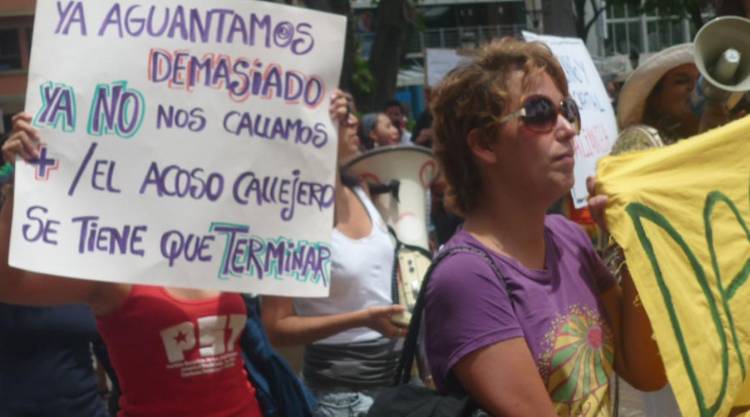 Called “Marcha de las Putas” (Slutwalk), a group of feminists will take to the streets on Friday to demand former legislator and Partido Accesibilidad Sin Exclusión (PASE) presidential candidate, Óscar López, to repudiate his statements on sexual abuse of women.

During an interview on Radio Monumental on Monday (18th), López said there is  fine line between rape and consensual sex.

Margarita Salas, one of the spokesperson for the Slutwalk, said that the López statement justifies the action of rapists and minimizes the problem of violence and sexual abuse of women.

This is the second Slutwalk being held in Costa Rica. The first was on August 14, 2011, under the slogan “Ni recatadas ni invisbles” (Neither demure nor invisible), when dozens of women came out to protest the statements of former San José Bishop, Francisco Ulloa, who said women should dress “modestly”.

Salas added that the Slutwalk is not only for feminists, but for anyone who shares the indignation of the statement by the presidential candidate.

The Slutwalk will leave the Parque Central (Central Park), at 8pm. The direction and final destination will not be revealed just yet, since the objective is to seek out and confront López to demand and apology.

The group also want the PASE party to publicly repudiate their the statements of their candidate and to commit to take concrete action to eradicate “machismo” within the party.

SlutWalk is a transnational movement of protest marches which began on April 3, 2011, in Toronto, Ontario, Canada, with subsequent rallies occurring globally. Participants protest against explaining or excusing rape by referring to any aspect of a woman’s appearance, and call for an end to rape culture.