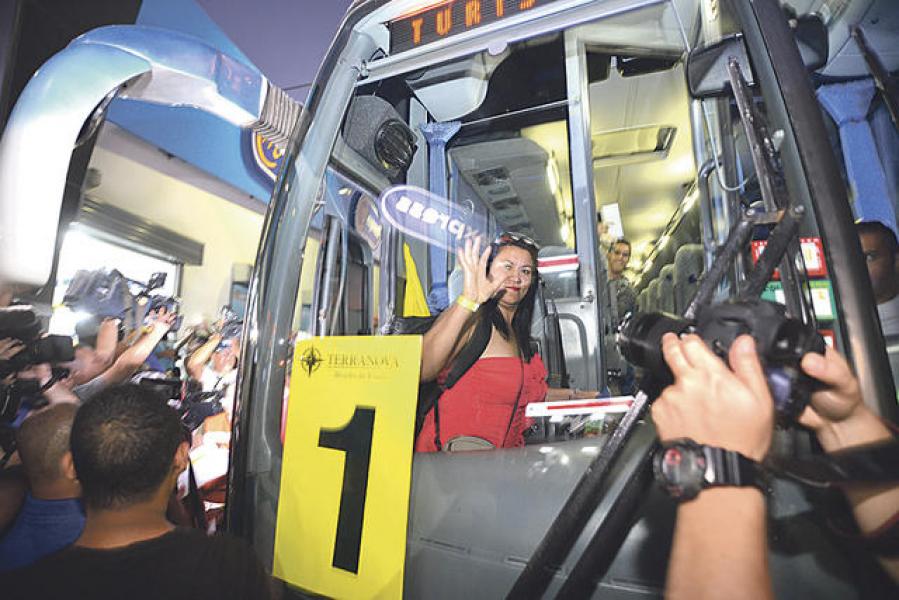 Responding to reporters’ questions, after meeting in Guatemala City with, Jimmy Morales, Costa Rica president Luis Guillermo Solis said his wish is that “in a few weeks” all the Cubans will have been able to travel made it to their destination.

The Cubans, making their trek from their island home nation to the United States by ways of Ecuador, Colombia, Central America and Mexico, became stranded in Costa Rica when Nicaragua closed its borders to them.

Not able to leave the country on foot, after failed attempts, brokered a deal to fly the Cuban migrants to El Salvador and then by land to Guatemala and Mexico, where they would be allowed to travel to the U.S. border.

Last week, Mexico allowed the direct arrival of the Cuban migrants, the Solis government, announcing direct flights from Costa Rica to the U.S. border town of Nuevo Laredo, Mexico, where the Cubans could then cross into the U.S.

The flights were established by the International Organization for Migration (IMO) via a travel agency and paid for by the migrants. The cost is $555 per adult for flight to El Salvador and bused to the Mexico border and direct flights to Mexico, between $750 and $850.

Asked about those people who have no money to pay for their trips, President Solis said that certainly there will be “philanthropic” measures implemented to attend to their needs. The President did not provide details.

Since the immigration crisis began in November, almost 8,000 Cubans were given temporary visas to remain in Costa Rica while the government worked on a diplomatic solution.  While the majority of the Cuban migrants waited patiently and now are beginning to border flights out of the country, a number decided to take the risk, continuing their trek by way of ‘coyotes’ (smugglers). The exact number is not known.

QCOSTARICA - The Caja Costarricense de Seguro Social (CCSS) reports that 70.3% of people over 58 years of age, the so-called Group 2 of...
News

QCOSTARICA - The Daniel Ortega government sent its ambassador to Costa Rica, Duilio Hernández, as its representative to the summit of Central American presidents...
Travel